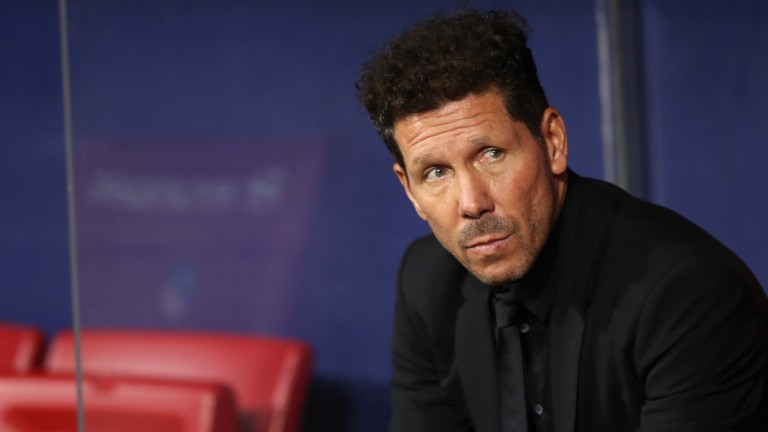 Barcelona to win & both teams to score
1pt 9-5 Betway, BoyleSports

A win, draw and loss from Valencia's opening three matches were not enough to salvage Marcelino's job and new boss Albert Celades is set for a baptism of fire away to Barcelona.

The Catalan giants have the same record this season but, even without Lionel Messi in their ranks, their attacking armoury should wear down a Valencia team in transition.

The visitors can, however, get on the scoresheet against Barca, who have shipped five goals in total against Bilbao, Betis and Osasuna.

Barcelona are without a clean sheet in any of their opening three league games.

Real Sociedad will want to make amends for defeat to Bilbao in the Basque derby but they could struggle to find redemption in a home tie with robust Atletico Madrid.

Diego Simeone's visitors are the only La Liga outfit with a 100 per cent record after three games and they have appeased concerns about their new-look back four with two clean sheets.

Sociedad have little in the final third to trouble Atletico, having scored only once from open play this term, and defeat could be on the cards.

Only Barcelona (39) and Valencia (30) took more points away from home than Atletico Madrid (28) last season.

Real Madrid have been held by Valladolid and Villarreal in their last two league fixtures but the potential return of Eden Hazard could see them grind out victory against Levante.

Los Blancos must work on turning plenty of possession into goals and, although it could take time for Luka Jovic and Hazard to flourish, they should have the better of the visitors who are yet to be tested this term.

Levante have beaten lowly Valladolid and Villarreal by slender margins and could be out of their depth at the Santiago Bernabeu.

Under 3.5 goals has landed in all three of Levante's league games this term.