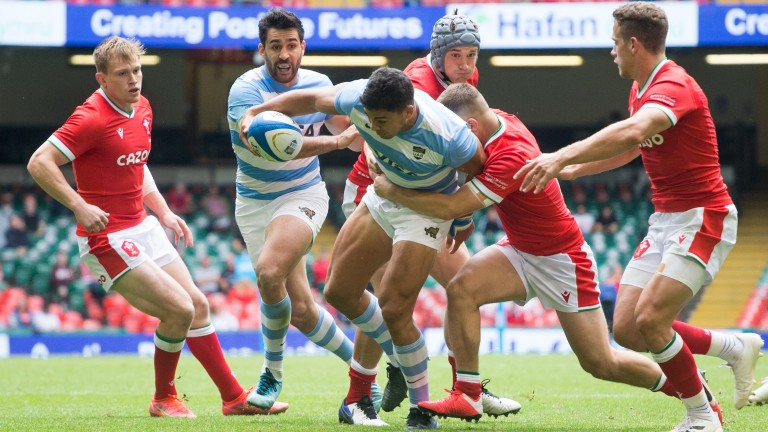 It's more than 30 years since France won a Test series on Australian soil but after 12 straight defeats down under Les Bleus snatched a 28-26 victory in Melbourne on Tuesday to set up a decider in Brisbane on Saturday morning.

It could have been game over already as France lost the first Test to a penalty with the clock in the red when they had had the chance to close the game out.

They were edged 23-21 in that game before another two-point game in the second Test, and this looks set to be close again.

France turned up in Australia missing a host of star names but they have shown in the last 12 months that they are no longer a collection of individual talents and that has been underlined in this series.

Australia coach Dave Rennie has made eight changes to his starting line-up for this decider as a Covid-enforced rescheduling has meant playing three Tests in ten days.

There are three players making their first start in the side including scrum-half Tate McDermott, and a France team who have looked comfortable and efficient can at least keep within one score.

Wales had to fight back to claim a 20-20 draw in last week's first Test against Argentina, who were down to 14 men after half an hour, and things could be tougher seven days on.

Los Pumas have stuck with a strong side to go again in Cardiff, and head coach Mario Ledesma has been pleased with the way his team are progressing together after a long spell out of action.

Opposite number Wayne Pivac, however, has made seven changes to his side with Cardiff duo Jarrod Evans and Tomos Williams forming a new half-back pairing.

There are also changes in the front row, where props Gareth Thomas and Leon Brown start, and Argentina will feel confident about gaining the upper hand in the set piece.

Last week's red card to Pumas full-back Juan Cruz Mallia came when his side were trailing 6-3 but Argentina still looked physically dominant despite being a man down and forged a deserved lead.

With another week together under their belts the Argentina forwards should be looking to front up again - six of the starting pack played last year's historic victory over the All Blacks in New Zealand - and they can set up a platform for victory.