Scarlets and Bristol set to put on a show 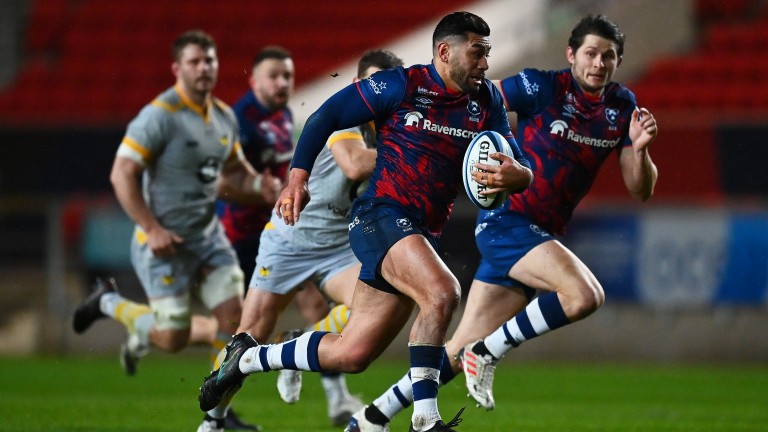 Leinster were unhappy that their cancelled second-round match against Montpellier was settled by organisers as a 28-0 defeat, and they took out their anger by trouncing the French side 89-7 last week.

The bad news for Premiership bottom side Bath is that the job isn't done for the Irish outfit who still have to make sure of qualification and will want to seal a high ranking in the last-16 draw.

Winless Bath have faced tough away games against Leinster and La Rochelle in this tournament but reached the 20-point mark in both, so while an upset looks unlikely, they should at least avoid a hammering on the scale of last week's monstering of Montpellier.

Bordeaux are nine points clear at the head of the Top 14 standings and finally brought their domestic form to Europe in a 45-10 home victory over Scarlets last week.

This is a tougher test at Leicester who beat them 16-13 in round one, but the Tigers have rotated their squad throughout the pool stage and their three victories have come by one, three, and six point.

Fly-half Mathieu Jalibert is injured for the visitors but a double-figure handicap still looks worth taking.

These two clubs played their first matches of the tournament just last week, and the chaotic nature of the qualifying picture is underlined by the fact Bristol are already through even though they have gained just one win on the pitch.

Bristol are four-point favourites and both clubs have named strong line-ups. It could be an entertaining, high-scoring clash and the points line might be the best place to look for a bet when prices are available.

Ulster are guaranteed a place in the last 16 while Clermont still have work to do and are given a handicap start of eight points for this Belfast clash.

Clermont's away record is not as poor as many other French sides and they were edged out 18-13 on their last visit to Ulster in 2019 while they have since won at Premiership sides Bath, Harlequins and Bristol.

Ulster have made just two changes from the side that won 24-20 at Northampton last week and can edge another win on home soil.

Bookmakers rate Glasgow the narrowest of favourites for this clash against a La Rochelle side who are already through to the last 16.

Glasgow have already claimed a home win over Exeter, who like La Rochelle base their game on a powerful pack.

But the French side won at Scotstoun just over two years ago - a 12-7 success - and claimed away wins at Edinburgh and Gloucester last season so could be worth chancing at a shade of odds-against.