Dragons can hold off improving Rhinos 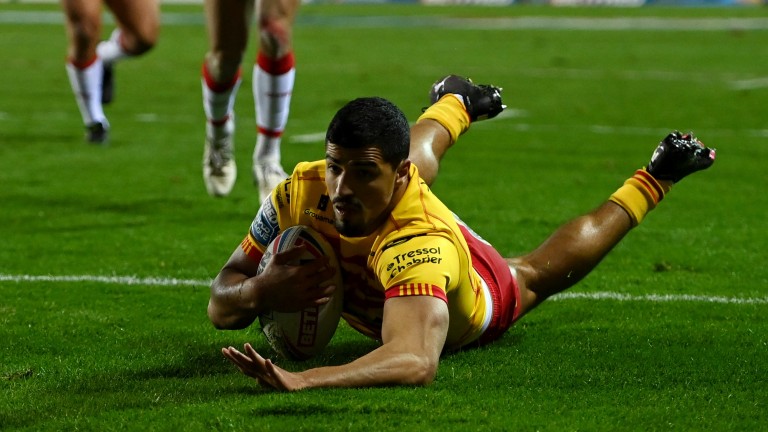 The Betfred Super League tables continues to have an unfamiliar look about it with Warrington Wolves and Leeds Rhinos wallowing in the lower reaches after 20 rounds.

It's been a miserable campaign for two of the competition's big spenders but both get the opportunity to improve their fortunes this Saturday, although neither have an easy fixture.

The Wolves head to Huddersfield to take on a Giants side who have taken great strides this season, reaching the Betfred Challenge Cup final and positioning themselves firmly in the playoff picture.

That's the kind of season Wire would expect to be having but they have fallen well below expectations.

The playoffs are not out of reach for Warrington but they can ill-afford any more slip-ups as the rounds count down.

One glimmer of hope this weekend is their fine record against the Giants, a side who they have beaten in eight of their last nine meetings. No matter what the situation, the Wolves always seem to get the job done against them and it is hard to ignore that fact.

The last two meetings have seen Warrington run out winners by 22 and 20 points and there has been a hint in recent weeks that Huddersfield's exertions may be taking a toll.

The Giants have scored just 12 points across their last two matches and it is hard to justify their odds-on favouritism given their mental block against this opposition.

You take on the Giants at your peril but this may be the time to do it and it is hard to see a revitalised Leeds side taking anything in the baking heat of Perpignan.

They may only be ninth still but Leeds have looked more like themselves with big wins over Wigan, Castleford and Hull recently.

However, their last trip to France saw them soundly beaten 20-6 by lowly Toulouse and in similar conditions it is easier to make a case for a home victory.

Catalans have won their last five meetings with Leeds but four of those came by winning margins of just six, nine, eight and 12 points and another close contest could be on the cards.

The Dragons haven't scored more than 20 points in any of their last four matches but they do boast the second-best defence in the competition and can keep the Rhinos at arm's length.

Back the hosts to win by no more than 12 points.