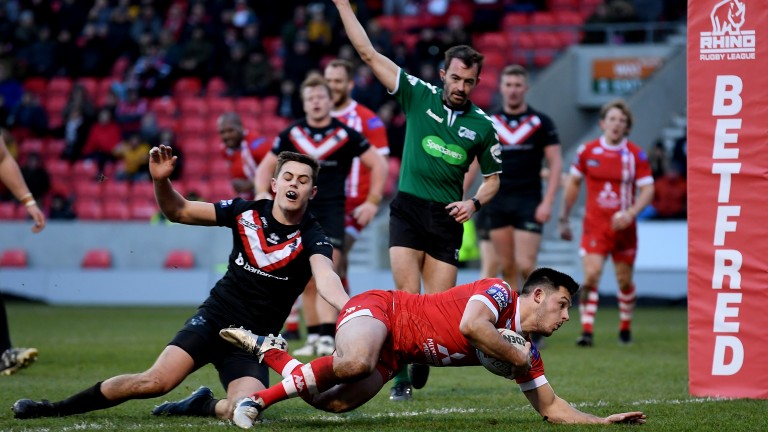 Catalans continue to mix the sublime with the ridiculous but back on their favoured home soil they are just 1-4 to see off Betfred Super League basement boys London.

The Dragons ran out easy 30-10 victors in a fiery encounter with Warrington on their last home outing before an abject 48-8 defeat at Leeds the following week.

London, meanwhile, have fought valiantly against relegation this term, winning far more games than many expected, but have given the impression that they may be losing their battle against the drop in recent weeks.

A 14-point handicap line in Perpignan looks on the money.

Salford have defied expectations and limited financial resources to be fifth in the Betfred Super League standings with just four games of the regular season remaining.

The Red Devils have won their last four games to remain in the hunt for the top five and a place in the playoffs and could be worth backing with an eight-point start at third-placed Hull.

Hull are third but they have conceded 636 points in 25 games this term - only the bottom four have conceded more - and they haven't been entirely convincing in recent wins over strugglers Wakefield, Leeds and London. Back the visitors with a start.