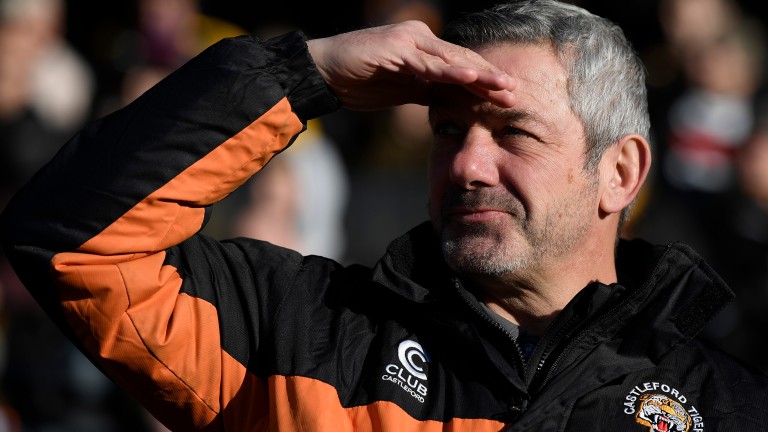 Wigan Warriors edged past Hull FC with a 16-14 win at the DW Stadium in the Betfred Super League last week but the fallout from that tempestuous clash has rumbled on this week after Wigan prop Tony Clubb was banned for eight matches for using unacceptable language based on national or ethnic origin.

Clubb clashed with Hull forward Andre Savelio in that fiery encounter and will be a spectator for this rematch in the Betfred Challenge Cup quarter-final at Headingley.

Hull's Jake Connor and Brad Fash will also sit this one out after being banned for one match each for dangerous play in the same game.

So this game could be simmering and with poor weather conditions forecast it could be a tight affair with points at a premium.

The Warriors have won their last five matches against the Black & Whites and they are 8-13 to seal a place in the last four with Hull FC 13-8 pokes.

Hull were more than a match for Wigan last week and boosted by the return of mercurial half-back Josh Reynolds they could make this another pulsating contest.

Whether's it is enough to turn the tables remains to be seen but backing the Warriors to edge another close encounter looks the way to go.

Salford have made a miserable start to the season but having limited Castleford to a ten-point winning margin in the Super League last week they could remain competitive once again in this Betfred Challenge Cup quarter-final rematch.

The Tigers rarely run away with it in this fixture - they have won the last two by seven and ten points - but they arrive in good shape having won five of their six matches in all competitions this season.

The Red Devils have won just twice, once in the league and one in the cup, and they are 14-5 underdogs for this match.

Cas are 2-7 favourites but a better bet looks to be backing them to win by no more than two converted tries at Headingley.