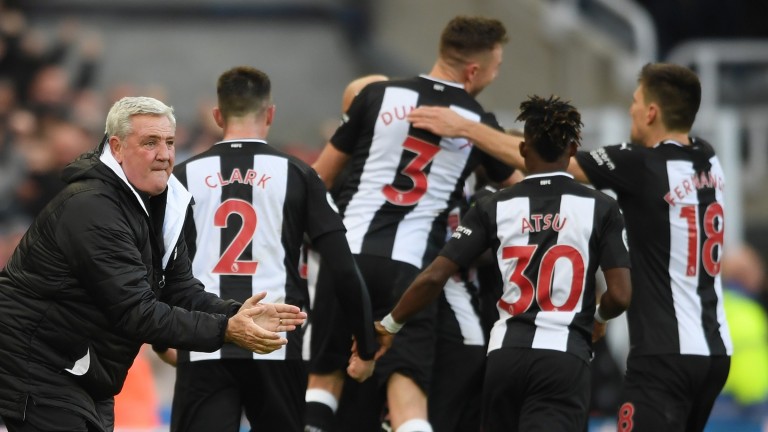 Everton got off to a winning start under Carlo Ancelotti but their contest at Newcastle looks a lot tougher than the markets anticipate.

The Toffees are favourites at a shade of odds-against but have mustered just five points from a possible 27 on their travels and are taking on a Newcastle side who haven't lost at home since the opening weekend of the season.

Magpies' manager Steve Bruce made four changes for Thursday's 4-1 loss at Manchester United but is likely to name a stronger side against the Toffees.

Newcastle are unbeaten in their last nine home matches.

Southampton are playing as well as they have at any stage of the season and can make it five wins in seven by defeating Crystal Palace at the St Mary's Stadium.

Saints' manager Ralph Hasenhuttl gambled with his selection at Chelsea by leaving out Danny Ings and watched his team pick up a superb 2-0 victory.

A refreshed Ings should return to the starting line up and could make a major impact.

Palace have been injury-ravaged for the last few weeks and the last thing they need is a second game in three days.

Southampton have won four of their last six fixtures.

Watford climbed off the foot of the table with a creditable 1-1 draw at Sheffield United and can cap off a positive week by defeating relegation rivals Aston Villa at Vicarage Road.

Hornets manager Nigel Pearson inherited a tough situation but is getting his message across to a squad, who have underperformed this season.

Pearson is boosted by the return from suspension of key midfielder Abdoulaye Doucoure and his team may be too strong for Villa, who have the worst away record in the division.

Aston Villa have lost seven of their last nine away league matches.

West Ham
Lukasz Fabianski and David Martin (both hip) are doubts but Ryan Fredericks is back from a ban. Winston Reid (knee) and Jack Wilshere (groin) are out.

Leicester
Harvey Barnes shook off an ankle injury to start at home to Liverpool but Matty James (Achilles) remains sidelined.

Manuel Pellegrini may not have many more opportunities to save his job but his struggling West Ham side look overpriced to defeat Leicester at the London Stadium.

The Hammers have played better in their last two matches. They deservedly won 1-0 at Southampton and lost out 2-1 to Crystal Palace in a tight game at Selhurst Park.

Their poor home record (two wins in eight) needs addressing but it could be a good time to play Leicester, who may not have fully recovered from their 4-0 drubbing at the hands of Liverpool.

Leicester have not won any of their last four matches.