Man City look are a spent force this season 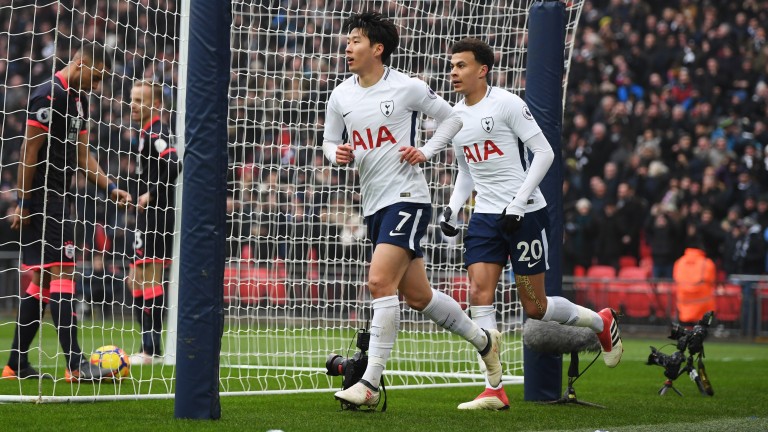 What’s your best bet for the weekend?
Crystal Palace to beat Brighton. Albion are inching their way to safety but it’s all down to their efforts at the Amex. Away from home they are utterly toothless with seven goals scored all season. They’ve failed to notch in seven of their last nine road trips and they’ll not find it easy at Palace, who have emerged from a brutal run of fixtures still above the last three and looking upwards.

Which favourites look the most vulnerable?
Arsenal at Newcastle. It was a long trip to Moscow for the Gunners and it would have taken plenty out of them. The Europa League is now their sole focus. They aren’t going to finish in the top four and that’s largely down to a chronic away record – they’ve chalked up just three wins on their travels. Newcastle have picked up at home, too.

Where’s the value in Spurs v Man City?
Spurs. I get the sense that Man City are a spent force this season. Three defeats in a week has to leave its mark. I would imagine the manager now has doubts over a few of his players. Getting used to losing when all you’ve been doing is winning is not easy. It wasn’t long ago people were talking about the quad but Guardiola’s team look to be running out of steam.

Are you a backer or layer of City at Sky Bet’s 8-11 for next season?
Right now that looks a bit skinny but by the start of next season it could look a decent price. City are a side who can go on long winning runs. The opposition is getting thin on the ground with Arsenal and Chelsea on the wane while the other three have to improve their squads to sustain a challenge. I’d rather be a backer than a layer.

Did Michael Oliver get the late penalty decision right at the Bernabeu?
Yes, absolutely. Benatia went in from behind, made contact and I don’t think it was a difficult decision. Juventus then lost the plot and Oliver was absolutely right in sending off Buffon. The one slight mistake Oliver made was not issuing a second yellow (or red) to Benatia, which would have been relevant had Ronaldo missed the penalty.

Give us a midweek winner
Leicester to beat Southampton. This game comes at a tricky time for Saints before an FA Cup semi-final, though Mark Hughes should be thinking only of Premier League survival. He’s short of numbers at the back with Jack Stephens suspended. Leicester have got a free run at this and Claude Puel would delight in beating the club who fired him.