Sloppy Tigers may buckle under the pressure at Forest 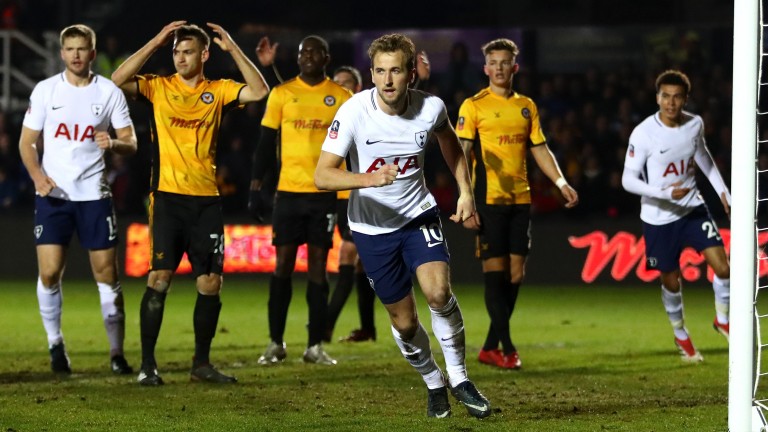 Newport's lucrative FA Cup run has generated an estimated £900,000 and should benefit them for years to come but they have paid a price in the short term with a run of poor results in Sky Bet League Two and they are worth opposing for their home match with relegation-threatened Forest Green.

The target for Newport over the remaining 15 league games is to try to force themselves back into the promotion picture.

But the distraction of their FA Cup games against Tottenham has seemingly had a negative impact with Michael Flynn's side taking just one point from the last nine available.

They played admirably in both matches against Spurs and are at a stage where they can put their FA Cup adventure to one side.

However, the last two weeks have been a massive mental and physical drain on the players and they have had only two full days to recover from the effort expended at Wembley on Wednesday.

They will be at least one man down after right-back David Pipe strained a hamstring against Spurs and others are likely to be operating at less than 100 per cent.

It looks a great opportunity for Forest Green, who are much-improved since a January recruitment drive which brought in ten new players – many of them proven in the fourth tier.

Rovers have won three of their last six games, all at home, but have also competed to a decent standard in away defeats at Swindon (1-0), Carlisle (1-0) and Exeter (2-0).

They no longer look a side destined for an immediate return to the National League and can bring back at least a point from the trip to Wales.

Hull were deserved 2-1 winners at home to Nottingham Forest in an FA Cup fourth-round tie two weeks ago but the tables could be turned at the City Ground, where the home side look decent value.

It hasn't been the easiest of starts for new Forest manager Aitor Karanka, who has presided over three league defeats and just one victory.

But those matches were against teams in the top seven and the 2-0 win at Wolves three weeks ago was a hugely encouraging performance and result.

They competed well in last Saturday's 2-0 loss at Fulham and are likely to improve further after another full week on the training field.

Hull are having another dreadful season and are at serious risk of a second successive relegation.

They have won once in 17 league games and may buckle under the pressure once again.

Shrewsbury have shown enough to suggest that will maintain a strong presence in the Sky Bet League One promotion race but they have some tough games left, including their clash at home to Plymouth.

Twenty points separate second-placed Shrews from 11th-placed Argyle but that gap is mainly due to the club's wildly differing fortunes in the early months of the season.

Over the last four months the Devonians have performed slightly better, taking 36 points from 19 games compared with 31 from 17 for Shrewsbury.

Having spent much of the season battling against the drop, Plymouth are eyeing up a push towards the playoffs.

Just seven points separate Argyle from sixth-placed Bradford, who are going through an awful run, and they can add to their tally in Shropshire.

Charlton's League One playoff hopes were dented when they conceded two late goals in last Saturday's 3-2 loss at home to Oxford but they can get back on track with a victory over Doncaster at the Keepmoat Stadium.

The Addicks had won three league matches in succession before the Oxford game and carry enough of an attacking threat to unsettle Donny, who are without injured central defenders Mathieu Baudry and Andy Butler.