Naughty Nile worth trouble for Southend 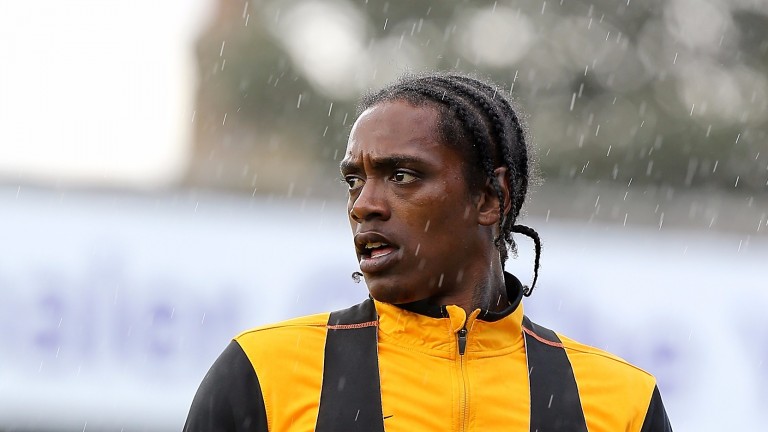 Doncaster v Southend
Nile Ranger is not the easiest of players to manage but he has been worth the trouble for Southend with the Essex club rising up the Sky Bet League One table since the forward returned to full fitness following a period in prison.

Ranger was one of the main reasons why Southend went so close to the playoffs last season - they won 60 per cent of the 20 matches he started and only 31 per cent of those the former Newcastle man missed - and those numbers are around the same this term.

Southend have won three of the five matches started by Ranger and only 22 per cent without him. Their sole defeat with Ranger in the starting 11 came at Charlton, so United could be worth a bet to go well at Doncaster.

Ranger adds a physical presence up front for Southend, bringing Simon Cox into the game, and boss Phil Brown has also been boosted by the return from injury of Anthony Wordsworth and new signing Josh Wright in midfield which should make them competitive.

Rovers are sixth in the shots-on-target ratio standings and second in total shot ratio but that is clearly factored into the prices, possibly too much.

Rochdale v Rotherham
Rotherham have been one of the biggest surprises of the season and they can continue their fine start to the term at Rochdale.

United were relegated from the Sky Bet Championship with only 23 points and looked a disaster waiting to happen even in the league below but Paul Warne's side are playing some of the best stuff in League One, often battering teams.

Giant forward Kieffer Moore has been unplayable at times and, while Rotherham have tended to do their best work at home, Warne's men were able to triumph at Portsmouth.

Rotherham have also played three of the top six on their travels to help explain their ropey road record and this is a step down in grade with Rochdale having won only twice in the league this season.

Exeter came out on top against Carlisle in last season's Sky Bet League Two playoff semi-final and can repeat the trick at Brunton Park.

Richard Bennett and Tom Parkes are suspended for the hosts and Exeter's only two league defeats have come against high-class opponents in leaders Notts County and fourth-placed Coventry.

The general bewilderment after each England performance is quite something. The standard has been pretty much the same for years but it's almost as if the critics forget and suddenly expect Johan Cruyff's Barcelona dream team to rock up at Wembley.

It's quite refreshing, at least, to hear Gareth Southgate being honest about the situation. "Are we going to become Spain in the next eight months? No," he said after the 1-0 win over Slovenia.

There is a clear issue in central midfield where Jordan Henderson and Eric Dier are decent at what they do, but at their clubs they can quickly give the ball to Coutinho, Dembele or Eriksen.

At international level they have to give it to each other, while Raheem Sterling is used to receiving through balls from Kevin De Bruyne or David Silva so it should not be a surprise that champagne football is hard to come by.

England, as Southgate says, need to accept what they are, try to be difficult to break down, as Portugal were in the Euro 2016 knockout stages and then rely on moments potentially provided by Harry Kane, Marcus Rashford, Dele Alli or Sterling.