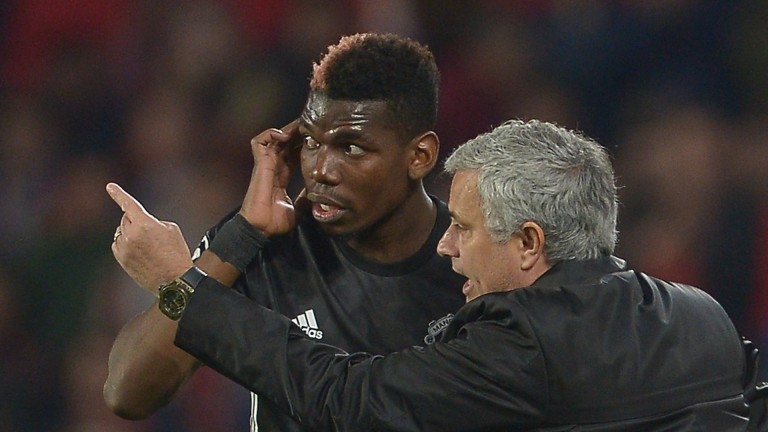 We're almost two years into Jose Mourinho’s eventful reign as Manchester United manager and I wouldn’t be at all surprised if it comes to an end this summer.

If you look purely at results it’s hard to argue with what Mourinho has done – some would call it an improvement.

But winning cups isn’t necessarily a measure of progress and deep-seated problems between the United boss, his players and the fans are making his position almost untenable.

When you’ve got at least ten players underperforming, when you’ve got players who are less effective now than they were before Mourinho arrived, and when you’ve got him publicly humiliating players, you’ve reached a tipping point. And winning the FA Cup won’t alter any of those facts.

The Luke Shaw saga is serious. I played under many managers, all of them very different, but all were aware of their role in protecting players.

And that’s more important nowadays than perhaps ever before. Football managers need to have empathy for their players and clearly Mourinho has none of it regarding Shaw.

One minute he is undermining the left-back, the next he is supporting him, then he embarrasses him again – it’s a terrible situation for the player and has a knock-on effect throughout the dressing room.

Just look at the players who have regressed under Mourinho – Henrikh Mkhitaryan, Paul Pogba, Nemanja Matic and Alexis Sanchez.

I said when United signed Sanchez that I thought we’d already seen the best of the Chilean and given how ineffectual he has been since switching from Arsenal it looks as though I’m being proved right.

Pogba is still a good player – he’s just in the wrong team. He’s a midfielder who needs to be on the front foot affecting play in the final third but he’s not getting the licence to do that under Mourinho. Pogba simply won’t be able to shine given the way United play.

There is now a poisonous atmosphere at the club and when you look at some of the United grandees, sitting stony-faced in the directors’ box, you can tell there’s a sense of disquiet at the club.

The manner of the Champions League exit won’t have helped to cement Mourinho’s position and neither will any of his wild monologues since that defeat to Sevilla. All this is being noted at boardroom level and they cannot be happy.

When Mourinho arrived in this country he could do no wrong. He noisily made changes to whatever he felt like – kits, training regimes and so on – because he had his own way of doing things and his record spoke for itself.

But times have changed and Mourinho isn’t changing with them. Yes, he can still win trophies but he’s becoming increasingly unhinged and his treatment of players simply won’t wash in the modern workplace. His days look numbered to me.

Bet of the day
Wigan (8-11) at Bury
I thought that Paul Cook’s heroes would be a lot shorter at struggling Bury. There was no FA Cup hangover as Wigan won well at Walsall on Wednesday and they can see off the Shakers with the minimum of fuss.

With less than 12 weeks until Germany begin the defence of their World Cup crown, they look strong, settled and worthy favourites.

For this round of friendlies, Joachim Low hasn’t pulled any rabbits out of the hat in terms of squad selection because he basically knows, with one or two tweaks, the make-up of his starting 11.

And such is the strength in depth of German football at the moment that he’s got a pool of 35 players to dip into for cover options should something untoward happen to players such as Toni Kroos, Thomas Muller, Timo Werner or Mats Hummels.

Winning the Confederations Cup last summer with basically a reserve team demonstrated how strong Germany are.

Yet in spite of all that, I’ve not got a great feeling about them in Russia.

I can’t argue with some of the talent in Low’s squad but where are the leaders? Who has replaced Bastian Schweinsteiger and Phillip Lahm in their ability to drive a team forward, to take control of the dressing room?

And if Manuel Neuer doesn’t make it, Germany are also missing not only one of the great goalkeepers but a player who commands respect throughout the camp.

Any German team that Low sends out will look good when you consider that stars such as Jonathan Tah, Antonio Rudiger, Niklas Sule and Leroy Sane are going to be warming the bench at best.

As reigning champions, Germany head to Russia as marked men. Everyone will be raising their game against them.

As it stands, Germany, France and Brazil are the three best-looking squads heading for the World Cup. But losing the experience and quality of so many of the players who steered us to glory four years ago could prove decisive.

So there’s been some money for Wales for Euro 2020 after their 6-0 drubbing of China on Thursday.

It looks as though Giggsmania has gone to a few heads.

Wales couldn’t have picked better opponents for Ryan Giggs’s first game in charge. China made no impact whatsoever on Asian qualifying for the World Cup and they were absolutely feeble opponents against the Welsh.

It was like a heavyweight boxer handpicking an opponent from the local pub.

Wales will do well just to get to the next Euros never mind win it. Save your money.