Improving Crawley can add Grimsby to their list of scalps 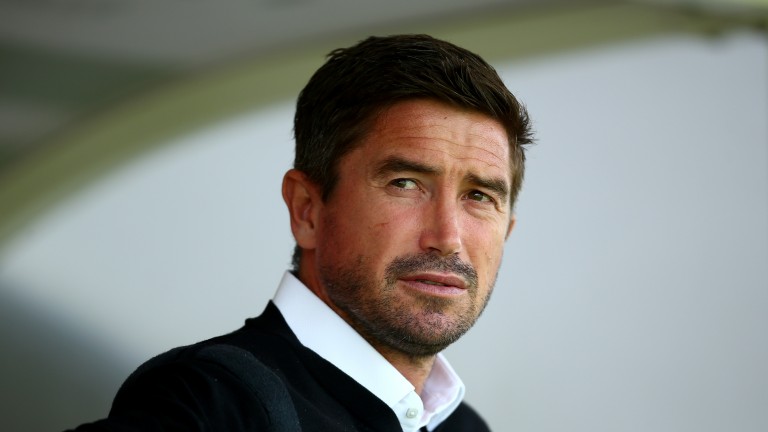 Crawley v Grimsby 3pm
Harry Kewell missed out on the January manager-of-the-month award in Sky Bet League Two but he can cheer himself up by leading Crawley to another victory over Grimsby.

Not many had Kewell down as a potential success story when he was appointed as Crawley boss this season. There were understandable reservations that he got the job purely on his ability as a footballer, but it has proven to be better the devil you know for the Red Devils.

Only Morecambe were shorter odds than Crawley to be relegated ante-post but since the start of December the Reds have played 11 league matches and won eight of those to move up to 12th position.

Dutchman Enzio Boldewijn has been in flying form and bigger clubs have been linked with defender Josh Yorwerth, and while Crawley will possibly start to slow down it may not be yet against struggling Grimsby.

The Mariners are 11 matches without a win, although the board have twice issued statements backing under-fire boss Russell Slade.

Young goalie Ben Killip has not kept a clean sheet in any of his 11 appearances and star attraction Siriki Dembele is also expected to miss the trip to West Sussex.

Dijon v Nice 7pm
It may be worth betting on Dijon's mustard home run being unsustainable for too much longer and Nice look a nice price.

A whopping 23 of Dijon's 28 points this season have come at home, although there is no obvious reason as to why that is the case. Their home goal difference is plus six and their away goal difference is minus 19, albeit an 8-0 loss to PSG impacts on their road record.

Man-for-man Nice are superior despite suffering successive defeats. Mario Balotelli is knocking on the door of a return to the Italian national team following 13 goals in 17 Ligue 1 games this season and he could be the difference for Lucien Favre's men.

Wolves v QPR 3pm
Runaway Championship leaders Wolves showed their talents with a 3-0 win over Sheffield United last week and there should be another comfortable three points to be collected against QPR.

One goal is often enough for Nuno's classy side anyway given they have already registered 17 clean sheets, while Wolves will also feel there is a point to prove having had a rare off-day in defeat to QPR at Loftus Road earlier in the campaign.

Rangers have lost seven of their eight away encounters to teams above them in the table - the other was a 0-0 draw at average Ipswich - and Wolves are anything but average.

It was snowing in Madrid just a few days ago so the Atletico players will no doubt be delighted to get to the warmer climes of southern Spain where temperatures of 17C are expected by kick-off.

And the sun can shine on second-placed Atletico, who are back to their best defensively with only two goals scored in their last eight La Liga matches. Last week's 1-0 win over Valencia was notable for the fact that Aleti did not allow one effort on Jan Oblak's goal.

With that platform plus Antoine Griezmann and Diego Costa in attack they should be capable of beating rock-bottom Malaga.

The hosts have failed to score in seven of their last eight league games and must have been heartbroken to suffer a 1-0 defeat at relegation rivals Las Palmas late on last time out.

Banker
Atletico Madrid 8-13
November 19 was the last time Malaga scored at home in La Liga, which spells trouble against an Atletico team with the best defensive record in Europe's top leagues.

Blowout
Newport 10-11
The Welsh side put in a huge effort against Tottenham in the FA Cup on Wednesday so they could be vulnerable if fatigue kicks in, particularly as Forest Green improved their squad significantly in January.

Antonio Conte remains a short-priced odds-on favourite in the Premier League sack-race market despite Chelsea claiming there won't be any hasty reaction to the heavy successive defeats at the hands of Watford and Bournemouth.

The champions have had success with their constant managerial turnover so it clearly works well for them, but it would be wrong for coach Conte to be blamed for this season's dip.

Presuming he does not make the Stamford Bridge signings - and all the noises suggest that is the responsibility of others after missing numerous targets - how can anyone believe the squad was strong enough to fight on all fronts?

Tiemoue Bakayoko and Alvaro Morata replaced the departing Nemanja Matic and Diego Costa, while the other summer arrivals for the first team were Davide Zappacosta, Danny Drinkwater and Antonio Rudiger. They are solid enough but hardly the calibre of player that the Manchester clubs have signed in the last 18 months or so.

Chelsea seem to been standing still when it comes to bringing world-class talent to the club and whoever is manager will need help in the next transfer window.