I wouldn’t want to be anywhere near Blackpool

Sheffield United may be too good for Millwall 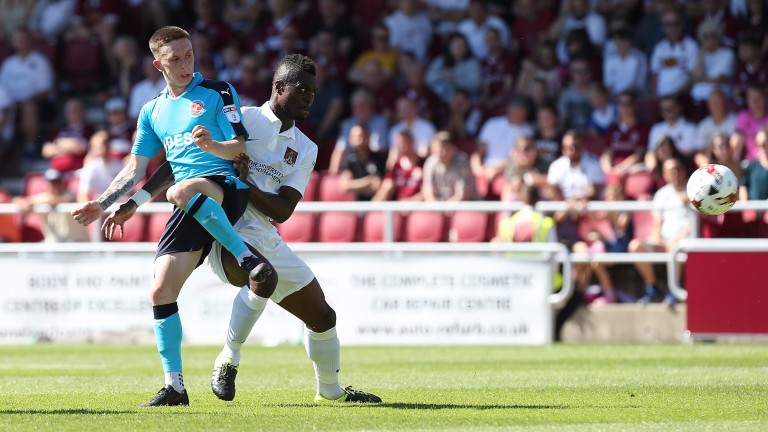 What’s your best bet this weekend?
Sheffield United at home to Millwall. The Lions are unbeaten in the league since New Year’s Day but they have recorded only two wins over top-half sides in that spell, and have had a lovely run of fixtures. They end the season with four consecutive games against high-quality opponents. Neil Harris has done a superb job, but I expect them to fall just short of a top-six finish.

Which favourites look the most vulnerable?
I wouldn’t want to be anywhere near Blackpool at around evens for their local derby with Fleetwood. The Cod Army had an awful mid-season run which cost Uwe Rosler his job, but with key players fit again they are back in the top half, broadly in keeping with pre-season expectations. They are a slightly better side than Blackpool.

Where’s the value in Spurs v Manchester City?
City were underdogs for this game, which was a ridiculous overreaction to their recent disappointments. They remain comfortably the best team in England and although they’re now slight favourites, at around 10-11 draw no bet we can back them to put those disappointments behind them and bounce back in a manner fitting of the champions-elect.

Are you a backer or layer of Man City at 8-11 to win the title next season?
I have already looked at this. You have to make more assumptions at this stage than is ideal, so the best you can do is price it to a reasonable degree of confidence, but I made 8-11 spot on. I’d have fair prices at this stages as 8-11 City, 15-2 Liverpool, 8 Man Utd, 10 Tottenham, 12 Chelsea, 33 Arsenal, 150 Wolves, 500 Everton and Leicester.

Did Michael Oliver get the late penalty decision right at the Bernabeu?
Yes, I think so. But that’s a judgement call which could go either way, unlike the ball coming off James Milner for Man City’s disallowed “second” goal. If we’re going to persevere with VAR, which has not had the best first season, we must never look at things like Oliver’s judgement call, but we should be able to overturn the Man City one quickly and easily.

Give us a winner on the midweek coupon
With no Football League prices up yet it’s difficult to suggest what may be a good bet, but I suspect firms’ opening prices on Chesterfield away to Exeter on Tuesday will be too big. The Spireites are playing much better than they were earlier in the season and getting a positive result to assist in their great escape bid is far from beyond them.