The Soccer Boffin shares his bet of the day 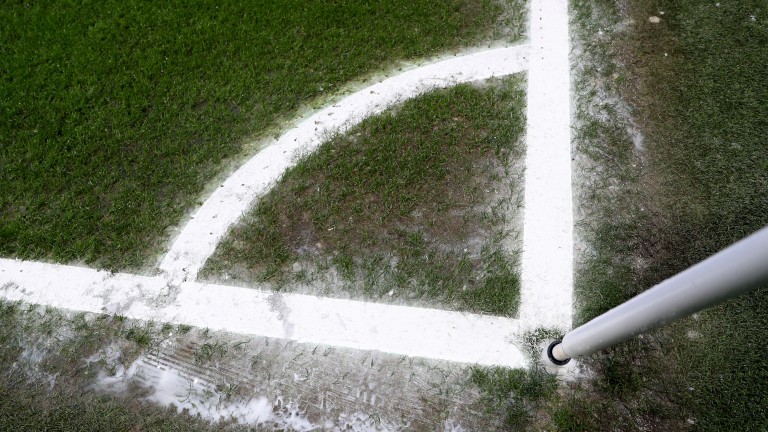 Back Caen to take at least two more corners than Toulouse in Ligue 1. Betfair and Paddy Power may have underestimated that possibility by offering the corners handicap of Caen -1 at 6-4.

Toulouse need points more urgently than Caen. They are one point above the drop zone, five points below the home side. Caen probably need only a few more points to be safe and may have enough already – though they should not count on it.

The result-related markets suggest Caen are slightly more likely winners of the match and have a 53 per cent chance of scoring each goal that is scored. Taking into account all of the circumstances this seems reasonable.

And it gives an idea of how play is most likely to flow. Caen should have slightly more of the ball and do slightly more attacking, which means there should be slightly more opportunities in their favour for the ball to bounce off a defender and go behind for a corner.

Looking back over several seasons at other games in Ligue 1 with similar goals expectations encourages the conclusion that fair odds about the home team taking at least two more corners than the away team would typically have been about 13-10.

There has been nothing to worry about this season in the distribution of corners in the games of either side.

Caen have taken more corners and conceded fewer than we should have anticipated from the goals they have scored and conceded. It was not the case in previous seasons and there is no logical reason to suppose it will continue.

Toulouse appointed former player Mickael Debeve as manager in January. He replaced Pascal Dupraz. There has been no meaningful change in results or stats such as corners.

In away games under Debeve perhaps Toulouse have taken a slightly higher proportion of corners than we might have envisaged, but there have been only five such games. There is no reason to suppose that streak will continue either.

In short, there are no obvious grounds for thinking that odds in a corners handicap market should be any different from what they should be in other games whose general characteristics seem comparable.

On a corners handicap of -1 Caen can get Toulouse to lose. And at 6-4 it is worth taking the chance that they will.

Bet on European football at Soccerbase.com

A Champions League place for winning the Europa League may be one of those ideas that was worth a try but does not work well in practice.

I say this without any ill will towards Arsenal, who are Europa League semi-finalists. I have only warm feelings for them.

This is the fourth season in which the Europa League winners will get a Champions League place if they do not get one from their national league position. In the previous three seasons Sevilla benefited twice and Manchester United once.

Governing body Uefa wanted to raise the profile of their second-tier competition. It was a fine intention. In practice, however, what happened in the first three seasons will happen in many others – an extra Champions League place will go to a country with one of the richest national leagues: England, Spain, Germany, Italy or France.

The Champions League evolved from the European Cup, for which only national champions qualified. Including the next one, two or three teams from the highest quality national leagues was a good idea that worked well. There are now enough spaces reserved for them, however.

Three of this season’s Europa League semi-finalists come from England, Spain and France. Arsenal almost certainly will not qualify for the Champions League from the Premier League.

Opponents Atletico Madrid almost certainly will qualify from La Liga. Marseille might from Ligue 1. But if they do not get in that way they should not get in another way. They should come back and try again next season.

Humanity progresses mostly by trial and error. Some trials will turn out to have been errors. There is no shame when that happens. It is a natural part of the process. This experiment probably should be ended, however.