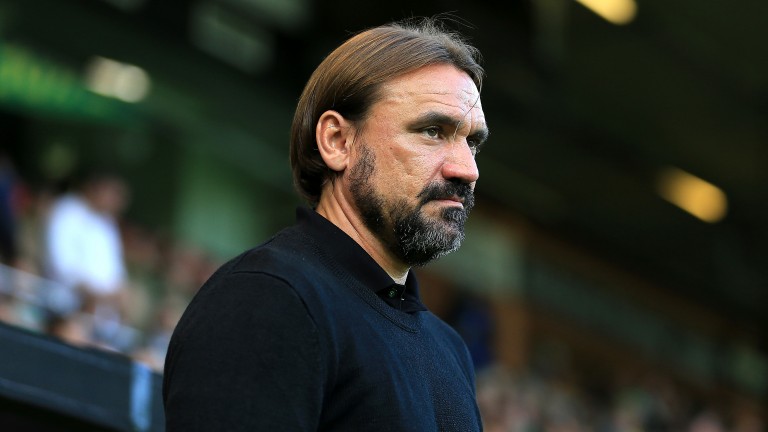 Chelsea will be looking to strengthen their position at the top of the Premier League when they host basement boys Norwich while Manchester City will be one of the leading lights looking to make up ground as they head to improving Brighton.

There is also a host of action in England, Scotland and Europe in which punters can search for the weekend value.

Ipswich seem to have put their poor League One start behind them while Lincoln have struggled on the road and are up against it when they face Sheffield Wednesday.

Wycombe have been strong at Adams Park and can see off Crewe, while Swindon have won four of their last five in League Two and should get the better of Bradford.

The fourfold acca pays 10-1 with Hills

Seven of Chelsea's eight wins this season have come without conceding and while Romelu Lukaku is out for the Champions League winners, a couple of goals should be more than enough against the struggling Canaries.

Brighton have made an excellent start to the season but Pep Guardiola's City have taken 17 points from their seven matches since an opening loss to Tottenham and it shouldn't take them long to take control.

Mark Warburton's QPR are back in the Championship top six and a trip to Peterborough, who look set for a relegation battle, is a good chance for Rangers to boost their away record.

Assist bet of the day

Kevin De Bruyne had 16 assists in each of the last two Premier League seasons and it's high time he opened his account this term. It could happen at Brighton after he produced two for Belgium recently and one in Manchester City's 5-1 win over Brugge in the Champions League.

Southampton have scored more than once in just three of their last 17 home Premier League matches.