Saturday football tips: An action-packed day of matches at home and abroad 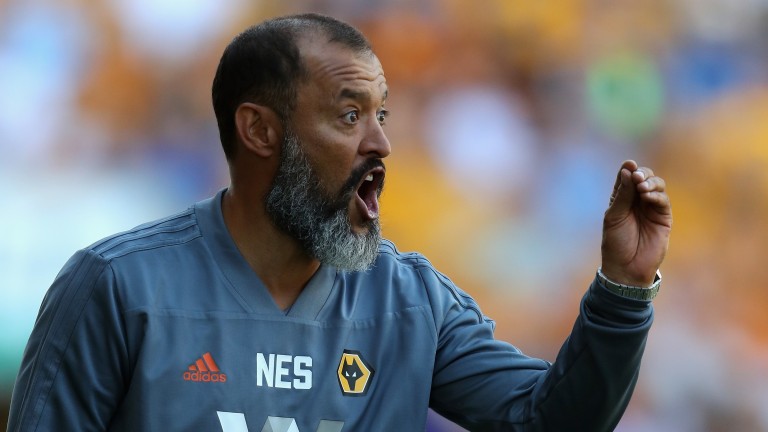 Midlands pride will be at stake when Aston Villa face Wolves among the four Premier League Saturday matches, while promotion and relegation pictures could become clearer in a full Football League programme.

Doncaster bounced back to winning ways with a success over Portsmouth in midweek and they should see off Plymouth, who slumped against struggling Northampton.

Sunderland are unbeaten in five and Rochdale should offer little resistance while Cheltenham and Tranmere should maintain their promotion challengers in League Two by beating Port Vale and Crawley, both of whom are struggling for form.

Former League Two leaders Cambridge did little wrong in losing 1-0 to Scunthorpe on Tuesday and they should bounce back against the Saddlers, who have taken just two points from their last five matches.

The Gunners were excellent in last week's 3-1 win at Leicester and having won four of their last six away league matches, they should be able to claim a win against the inconsistent Clarets.

Bottom side Sheffield United beat Aston Villa in midweek but the Saints are starting to get some of their injured players back and there were enough encouraging signs in a 1-0 defeat at Everton to suggest they can win at Bramall Lane.

Villa are having a much better season this term but the probable absence of Jack Grealish is a blow. Wolves have been struggling up front as well so don't expect many goals at Villa Park.

Best bet
One or both teams not to score

Brighton have been dominating matches but have not been taking their opportunities. However, there is a good chance that their fortunes could change against the Foxes, who have lost their last two games against Arsenal and Slavia Prague.

Best card bet of the day

Arsenal full-back Hector Bellerin collected his eighth booking of the season in his last league outing against Manchester City and he could pick up another in a physical battle against Burnley. He was also cautioned in the reverse fixture in December.

Best bet
Hector Bellerin to be shown a card