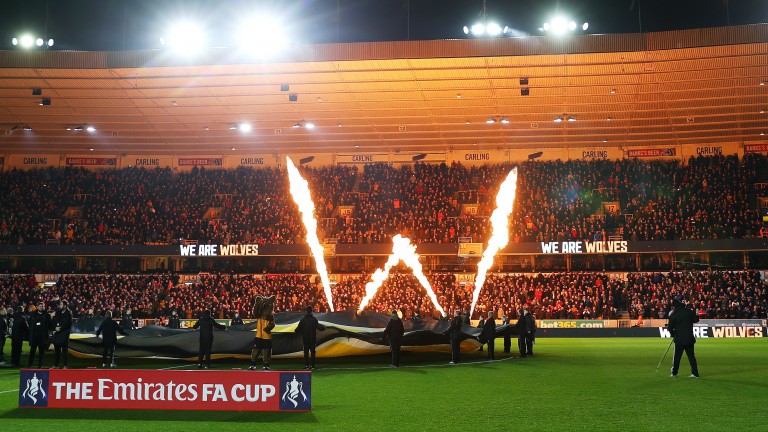 Wolves and Manchester United failed to live up to the fireworks inside Molineux before their FA Cup third-round match
Catherine Ivill
1 of 1
By Mark Langdon 7:51PM, JAN 4 2020

Manchester United held Wolves to a 0-0 draw to remain in the FA Cup which could be seen as a decent result for Ole Gunnar Solskjaer's side, who had been outsiders in the betting at Molineux.

Matt Doherty had the best opportunity in a game of few chances but his header was disallowed for handball. Substitute Marcus Rashford saw his shot deflected on to the bar for United, who face Manchester City in the EFL Cup semi-finals first leg on Tuesday.

City warmed up for that clash with a 4-1 win over Sky Bet League Two side Port Vale. Outspoken veteran Vale talisman Tom Pope had equalised at one stage, which will have delighted the striker after he had criticised City defender John Stones earlier this season on social media.

Just watched the highlights of the England game! I know I’m a league 2 player, I know he plays for England, I know he’s on £150k a week, I know he’s a million times better player than me but I’d love to play against John Stones every week! I’d get 40 a season! #soft #weakaspiss

Tranmere staged a remarkable comeback from 3-0 down against Watford to earn a replay, while Rochdale held Newcastle to a 1-1 draw.

Brighton went out - losing 1-0 against Sheffield Wednesday - and a much-changed Aston Villa side were beaten 2-1 at Fulham.

Leicester were comfortable 2-0 winners over Wigan.