Harlequins may struggle to make class count against Worcester at Sixways 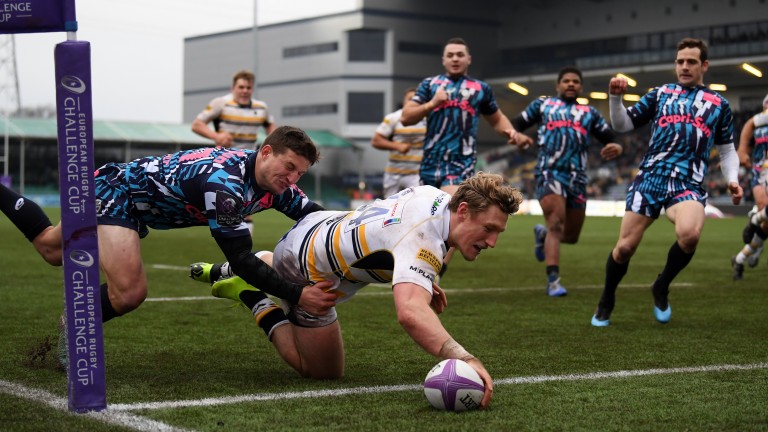 Quins have been chalked up as favourites for this trip to Sixways and it may be that their reputation has more to do with that than form in Europe this season.

While Worcester are fighting a basement battle in the Premiership, Quins are gunning for a playoff place and won five league games in a row before defeat to Gloucester two weeks ago.

They may have had one eye on last Saturday's London stadium battle with Saracens and this clash when going down at home, while Worcester will surely find it hard to shut out their relegation demons and focus on Europe.

But Worcester beat Quins 20-13 at home in November and have impressed on their run to the knockout stages, coming out on top in a tough pool featuring Stade Francais and Ospreys.

In their last three Premiership home matches they have beaten Bath and Leicester before going down 33-30 to table-toppers Exeter.

Quins, in contrast, had a patchy pool-stage campaign, beaten at Benetton and Grenoble, and although they should raise their performance level come the knockout stage, hosts Worcester look the team to back with a start.

FIRST PUBLISHED 8:00PM, MAR 29 2019
While Worcester are fighting a basement battle in the Premiership, Quins are gunning for a playoff place