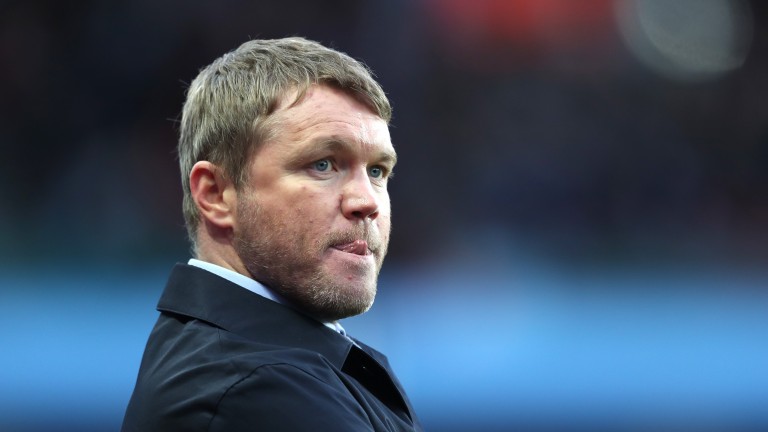 Doncaster landed a FA Cup upset last week and their progress through to round four of that competition is unlikely to hinder Rovers' excellent Sky Bet League One form.

Donny deserved their 3-1 success at Championship outfit Preston, although ultimately the league is the serious business for a side who are deservedly in the top six.

Rovers suffered a hat-trick of defeats in October, losing to Sunderland, Coventry and Charlton, when it looked as if their fast start would fade out but the loss at the Valley with a poor performance seems to have woken Doncaster up.

Grant McCann's men have won six of their nine league games since, scoring at least twice in the last seven with wide-margin triumphs over Bristol Rovers (4-0), Scunthorpe (3-0), Gillingham (3-1) and Rochdale (5-0).

Last week's victory at Deepdale once again highlighted the goalscoring prowess of John Marquis, who has notched in seven of his last nine appearances, and Doncaster could be heading to Wycombe at the right time as Wanderers aim to snap a four-game losing streak.

Wycombe have collected just one point in five outings since beating Barnsley and they created little in last week's 2-0 home loss to Coventry.

The top six in League One - Portsmouth, Luton, Sunderland, Charlton, Barnsley and Doncaster - could quite easily be the same at the end of the season but it's a different story at the bottom with a whole stack of improvers beginning to drag in a number of teams who considered themselves safely tucked in mid-table.

Scunthorpe, who were feeling the threat of relegation, have done some serious business in January with five new signings, most of whom are considered to be excellent players at this level.

That, combined with an easing of the load in the injury departments, have helped Scunny to land three straight victories and a fourth could land at a nice price away to Walsall.

Tony McMahon was one of those to come in and he started his first game in the 2-1 win over Coventry last time out in a dominant display where they had seven shots on target to the visitors' two.

Before that Scunny were 2-0 victors at Peterborough without conceding an attempt on target so they look like a side on the up.

The same cannot be said for Walsall, who have been punching above their weight all season with boss Dean Keates continuing to work miracles on a tight budget.

However, the Saddlers have won only one of their last 11 in the league and kept just one clean sheet in 14. Walsall also shipped five to Bolton in the FA Cup last week.

Teams who go about their business in a non-fussy manner can sometimes be overlooked and League Two leaders Lincoln's style of play will never endear themselves to the number-crunchers.

They are a pragmatic, dour side and despite not being as direct as they were last season, the Imps are more beasts than beauties.

However, Danny Cowley's side have lost only four league matches this season and are top of the table, four points clear of MK Dons with a goal difference that is only one inferior.

Town beat bottom-club Macclesfield last week, their first win in six, and Lincoln, who have scored in 19 of their last 20 matches in all competitions should be ultra-competitive after losing just 2-1 at Premier League Everton last time out.

Banker
Mansfield 1-2
The Stags have lost only two matches in League Two this season and should bounce back from the disappointment of defeat with ten men at Carlisle last time out when Yeovil visit Field Mill.

Blowout
Millwall 15-13
Set-pieces are Millwall's best route to goal but they have a couple of injuries and Blackburn's three defeats in four needs to be put in the context of an incredibly difficult run of fixtures.

The FA Cup can't be saved - because it does not need saving.

It is a perfectly fine domestic knockout competition that is hyped up to incredible levels by certain people who are living in the past and always of the opinion that everything happened yonks ago was much better than the modern day.

The FA Cup was seen as a grand event because it was virtually the only football shown on TV. It was not the magical competition, more the magic of football on the box that cast the spell which is quite ironic now seeing as there is a saturation of the sport on TV.

These people longing for something that will never come back seem to moan when there are no upsets and then moan when Football League clubs take advantage of weakened Premier League teams.

It's just one complaint after another and the most laughable were those who criticised Jurgen Klopp for the Liverpool team at Wolves. The only mistake Klopp made was not resting Dejan Lovren as well.