Bochum may not be outmatched when it comes to corners 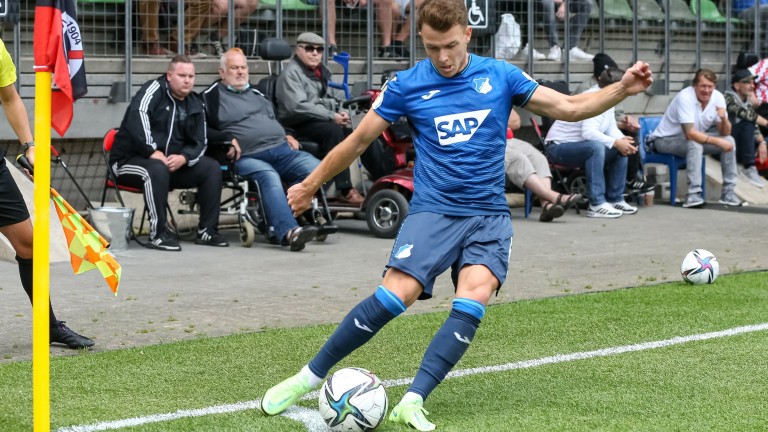 Hoffenheim's Dennis Geiger swings in a corner in the DFB Pokal
DeFodi Images
1 of 1
By Kevin Pullein 4:25PM, NOV 5 2021

It is possible that bet365 have underestimated the possibility of Bochum taking as many or more corners than Hoffenheim this afternoon in the Bundesliga.

Bochum are back in the Bundesliga after more than a decade away, and they have made a decent start to what is likely to be the difficult job of staying there. They have ten points from ten games, which puts them in 14th place out of 18. Most of their points have come from teams near them in the table but they did beat a fast-starting Mainz.

Hoffenheim are in mid-table, which historically has been familiar territory for them. This is their 14th consecutive season in the Bundesliga. In eight of the previous 13 seasons they finished between seventh and 11th.

Goals and corners are both things that can happen during attacks, and in most circumstances there is a relationship between them. Hoffenheim should be favourites to take most corners as well. But differences in corners taken and faced tend to be smaller proportionately than differences in goals scored and conceded, and it is possible that odds for Bochum +1 Asian handicap corners should be shorter than 1.9.

There is nothing particularly unusual about the corners records this season of Bochum or Hoffenheim. Both are pretty much what we should have expected from the goals they have scored and conceded. Any outcome is possible in the corners count today, including an easy Hoffenheim win. But the chance of Bochum taking as many or more corners may be better than bet365 anticipate.

Just a thought. One way of getting more attention for the first round of the FA Cup, which is taking place this weekend, might be to play it during an international break.

This year that would have meant a delay of only one week, and still would have left enough time for replays if required before the preferred date for the second round.

Most years there is an international break that is close to but not currently coincident with the first round of the FA Cup.

And in most international breaks there is little football of interest to neutrals. Paradoxically, the selling point of the first round of the FA Cup is what turns many people off qualifiers for international tournaments: mismatches.

Playing the first round of the FA Cup during an international break would not dissuade anyone from going to or watching England games, in case the FA was worried about its coffers. It runs the national team too.

But fans of Premier League and Championship teams might prefer to watch or read about the first round of the FA Cup than, say, Liechtenstein v Romania.