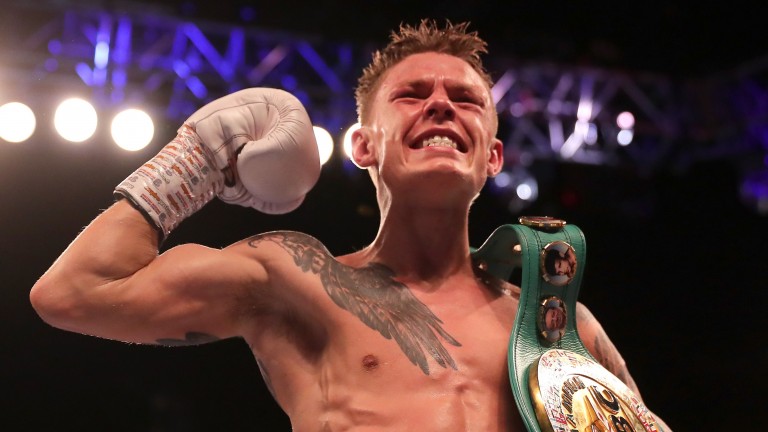 There are loads of fights on Sky Sports and BT Sport on Saturday, but finding good bets isn't easy with most of the fighters long odds-on for success.

Charlie Edwards makes the second defence of his WBC world flyweight title as the headliner on Sky against Spain's Angel Moreno, and is as short as 1-100 in the betting to retain his title.

Only six of Edwards 14 pro wins have been by KO, and Moreno hasn't been stopped in his 21-fight career, so it makes sense that Edwards is 3-10 to win on points.

But Moreno has a real lack of top-level experience - eight of his last nine fights have been six-rounders - while Edwards has stopped two of his last three opponents including a three-round TKO of Anthony Nelson to win the title last summer, so take the 3-1 that he finishes Moreno early.

Joshua Buatsi is just 1-7 to KO Liam Conroy for the vacant British lightweight title, Lawrence Okolie is 2-5 to stop Wadi Camacho for the British and Commonwealth cruiserweight titles and Lewis Ritson is 2-7 to do likewise against German Argentino Benitez for the WBA Inter-Continental super-lightweight crown.

Over on BT Sport, Sam 'The Bullet' Bowen is 1-3 to KO Jordan McCorry for the British super-featherweight belt, but a better bet may come in the co-main event where promising heavyweight Nathan Gorman takes on grizzled veteran Kevin 'Kingpin' Johnson.

These days Johnson is nothing more than a 'good workout' fighter, but he rarely gets stopped. He has been the distance with quality heavyweights such as Tyson Fury, Dereck Chisora, Kubrat Pulev and - just last year - Andy Ruiz and Daniel Dubois.

Take the 8-11 that he loses on points against Gorman, who will no doubt say "it was good to get some rounds under my belt" in the post-fight interview.

FIRST PUBLISHED 8:00PM, MAR 22 2019
Edwards has stopped two of his last three opponents including a three-round TKO of Anthony Nelson to win the title last summer