Sassuolo to make capital out of clash at Cagliari 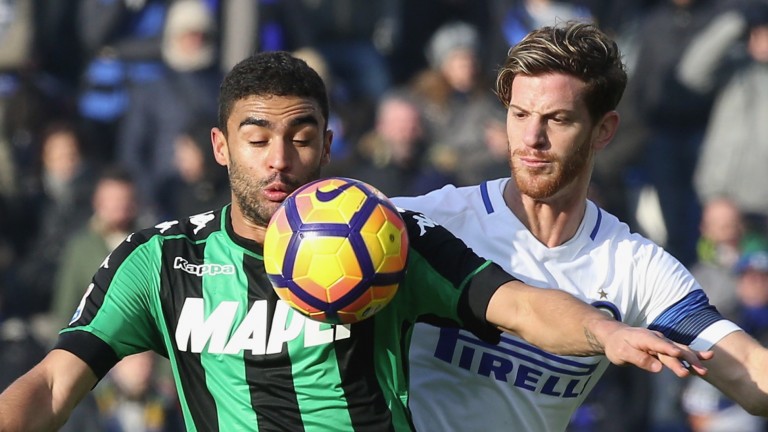 The final Serie A matches of 2016 take place on a fascinating evening of action and two teams beginning to look over their shoulder at relegation trouble meet in a crunch contest.

Cagliari and Sassuolo have slipped down towards the bottom three and, while their advantage is significant, Palermo’s win at Genoa on Sunday has put a bit more pressure on them.

Despite their poor results, Sassuolo are a decent side and this trip to the Sardinian capital is a good opportunity to enter the festive break in a happy mood.

Sassuolo have won only one of their last 13 matches, although the squad was never built to compete with Europe and an injury crisis certainly did not help their cause in the Europa League.

Sassuolo have scored in every away match this season and picked up a 1-1 draw at Napoli last month, while the defeats to Sampdoria, Fiorentina and Inter were all by one-goal margins.

Cagliari have lost five of their last seven matches and the defending in the last home game, a 5-0 loss to Napoli, was horrendous. They did not play much better on Saturday when losing 2-0 at Empoli either.

The Sardinians have managed only one clean sheet this season and Sassuolo’s attacking intent can help them to at least a point.

There are two live matches – Fiorentina versus Napoli and Roma against Chievo – while away from the cameras Torino will be aiming to bounce back to winning ways against Genoa.

It has been a tough couple of weeks for Torino, who lost the derby late on against Juventus and then Joe Hart conceded five at Napoli on Sunday when Dries Mertens was unplayable.

Genoa are not up to that kind of standard and were humbled 4-3 at home by Palermo on Sunday despite leading 3-1 with just over 20 minutes remaining.

That success will give Palermo renewed hope they can avoid the drop and there is a fair chance for a quick follow-up with relegation rivals Pescara heading to Sicily.

Pescara are rock-bottom with eight points and three of those were awarded to them even though they lost at Sassuolo, who fielded an ineligible player.

Not much is riding on the other match as Udinese head to Sampdoria with both clubs well away from relegation trouble but stuck in the bottom half.

There are four Copa del Rey second-leg ties taking place but surprises seem unlikely given the first-leg scores which favour the top-flight clubs.

Alaves are 3-0 up against Gimnastic, Celta Vigo lead 1-0 against Murcia and Athletic Bilbao are 2-1 to the good against Racing Santander. Espanyol host Alcorcon with the tie level after a 1-1 first-leg draw.

Aaron Ashley’s verdict
Fiorentina are yet to lose at home this season, while Napoli have responded to their 2-1 defeat at Juventus in October by piecing together a six-game unbeaten run. However, the hosts boast the best home defensive record in the division and, having held Roma and Milan on their own patch this term, Napoli may have to settle for a point.

Aaron Ashley’s verdict
Roma gifted Juventus a seven-point lead at the top of Serie A with defeat in Turin on Saturday but their superior home form should see them bounce back against Chievo. The hosts, who have won 11 consecutive matches in the capital, have shipped just six goals on home soil, while the visitors have notched only seven on their travels and may struggle to make any inroads.

Key stat
Roma are unbeaten in 20 Serie A home matches