McGrath can star for Leinster 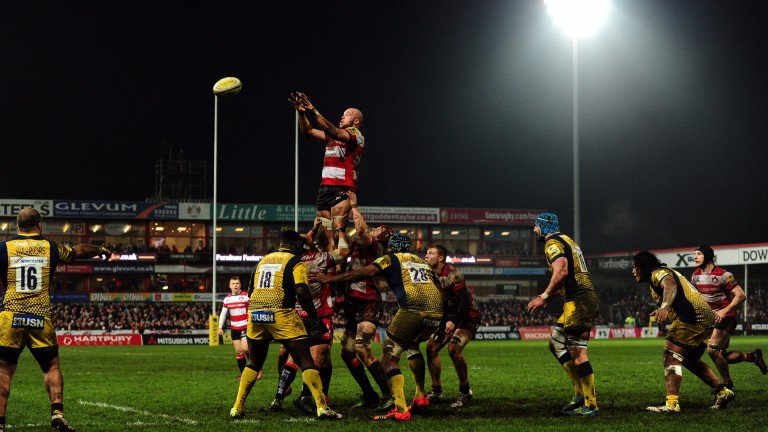 Gloucester may not be able to inflict Saracens’ first set of back-to-back defeats since May 2015, but they should give it a real go at Kingsholm in the televised Premiership clash and look worth a wager to stay within seven points.

The Cherry & Whites have lost only one home game in all competitions since October – 13-12 to Northampton despite keeping the Saints tryless – and the return to the starting line-up of Scotland centre Matt Scott and Wales backrower Ross Moriarty are definite boosts to hopes of putting Saturday’s rare recent bad loss at Leicester behind them.

Scott, surplus to Scottish requirements, has 12 league and Challenge Cup tries this term, while Moriarty was magnificent for Wales against England.

Sarries sneaked last season’s West Country league meeting 17-15 and were beaten 24-23 on their visit the season before, while the Cherry & Whites won this autumn’s home meeting in the Anglo-Welsh Cup 36-32.

Mako Vunipola, Juan Figallo, Marcelo Bosch and Duncan Taylor are international calibre returnees to second-placed Saracens’ ranks but Saturday’s defeat at Worcester is not their only recent league outing where they have struggled to assert themselves like the champion side that they are.

Back Leinster scrum-half Luke McGrath to score a try against Edinburgh in their Pro12 clash at the RDS in Dublin.

Third-placed Leinster have been in supreme attacking form at home in all competitions recently and McGrath has crossed the whitewash in four of his last five outings. Edinburgh’s defence can be porous, particularly on the road in the league.

Another scrum-half worth an outlay for a try is Jonathan Evans of the Scarlets.

Fourth-placed Scarlets will be keen to build on their superb win at Glasgow last Friday with a home try-bonus win over Zebre (BBC2 Wales, 7.35pm) and Evans has five tries this campaign.