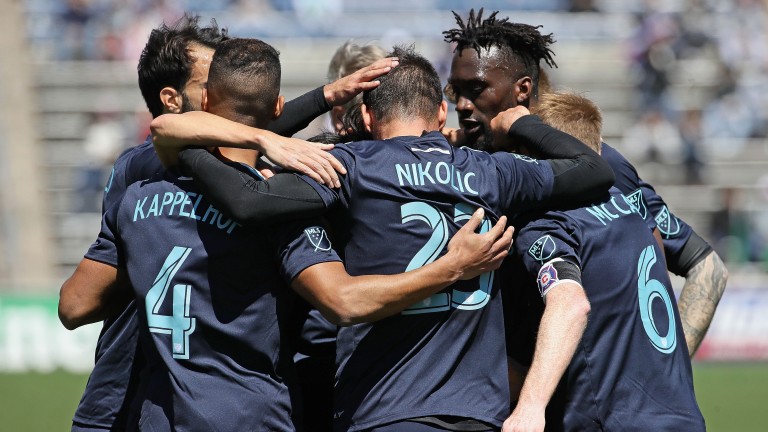 Nemanja Nikolic can get on the scoresheet for Chicago Fire
Jonathan Daniel
1 of 1
By Liam Flin 8:00PM, MAY 17 2019

Chicago Fire travel to San Jose Earthquakes having won consecutive matches for the first time since July 2017, but punters should be cautious of backing them to make it three wins on the spin.

They blitzed past New England 5-0 before extinguishing Minnesota but two players key to those results will be missing for the visit to the Avaya Stadium.

Bastian Schweinsteiger, having retreated to the centre of Fire's defence from his midfield anchor role, has been crucial to their three successive clean sheets but he is suspended.

Former Benfica star Nicolas Gaitan scored in both of those wins and has laid on four assists this term but he is out with a thigh injury.

Light on key personnel and outside the playoff positions in the Eastern Conference, the Fire may be best swerved in the result markets but punters can support them in another way.

With Gaitan absent, the attacking burden will lie elsewhere and veteran front man Nemanja Nikolic can be fancied to open the scoring.

He registered a brace in the demolition of New England, taking his tally to five league strikes this season, and he is likely to be deployed as the lone striker.

The Earthquakes have won just once in their last four matches and that victory saw them squeeze past Cincinnati 1-0 by scoring with their only shot on target.

Nikolic can bully their defence, who have conceded in nine of their previous 12 assignments.