Sampdoria may keep it tight on trip to Atalanta 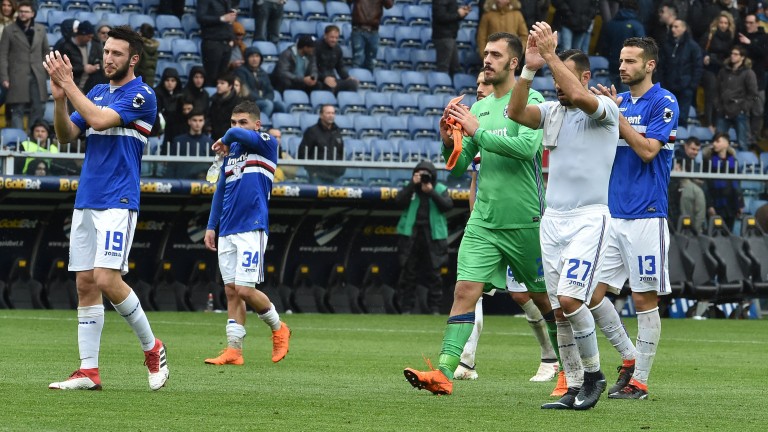 Atalanta and Sampdoria are only two places and three points apart in the top half of the Serie A table but bookmakers look right to believe that Samp’s struggles will continue at Stadio Atleti Azzurri d’Italia.

Sampdoria have conceded 11 goals in losing their last three league games while their hosts have won six of their last ten league outings including a 2-0 home success over Udinese on Saturday. The two defeats have come against leaders Juventus and second-placed Napoli.

However, there could be some value in a bet on the contest containing two or fewer goals.

There have been fewer than three goals in seven of Atalanta’s last nine games and home boss Gian Piero Gasperini is highly unlikely to be able to call upon the services of ten-goal Slovenia attacking midfielder Josip Ilicic.

Ilicic picked up a knee injury during the international break and while Atalanta are not short of goal threats, it was his hat-trick that stretched out a 5-0 away triumph at Verona last month. This year in Bergamo, there have only been nine goals in six matches in all competitions.