Samba Stars can dazzle their rivals 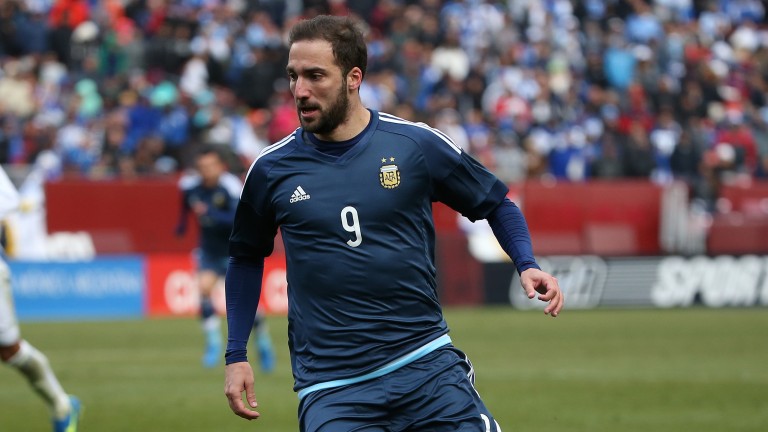 Brazil v Argentina
It’s one of the biggest matches in international football but the clash between arch-rivals Brazil and Argentina in Belo Horizonte tonight won’t be shown live on television but punters wanting to watch the action can do so via the bookmakers’ live streaming on their websites.

Argentina are outside the World Cup qualification places after ten of their 18 Conmebol qualifiers and their position could worsen with a defeat to Brazil.

The Albiceleste have qualified for 11 successive World Cup finals but are in a spot of bother.

Clashes with Brazil are always huge but, in terms of the battle for qualification, Tuesday’s fixture at home to fourth-placed Colombia could be more pivotal.

Four points from the two games would enhance Argentina’s chances and they are boosted by the availability of Lionel Messi, who missed last month’s internationals through injury.

Messi was Argentina’s main man on the road to Brazil 2014, scoring ten goals, but has just two in this campaign after missing 2-2 draw away to Peru and the 1-0 loss at home to Paraguay.

Brazil possess slightly less star quality although there are plenty of potential match-winners with Neymar, Roberto Firmino, Philippe Coutinho and Douglas Costa all competing for spots in attack.

The difference is that head coach, Tite, has been getting the best out of his resources.

Brazil have won four successive qualifiers since Tite’s appointment in June this year – scoring 12 goals and conceding just one – and 11-10 that they defeat Argentina looks too big.

Paraguay v Peru
Paraguay’s stunning 1-0 victory away to Argentina in Cordoba last month has breathed life into their qualification hopes and they can make further progress by beating Peru in Asuncion.

The Paraguayans are two points outside of the top four and look solid favourites to overcome Peru, who have lost all five of their away fixtures, four of them without scoring a goal.

Venezuela v Bolivia
Bolivia’s points tally has been halved from eight to four after their 0-0 draw away to Chile and the 2-0 home win over Peru were changed to 3-0 defeats as a punishment for fielding ineligible player, Nelson Cabrera.

Venezuela are just 8-13 to get their first win of the campaign against the demoralised Bolivians but they are hard to trust at such short odds. The hosts are without star striker Salomon Rondon, who has suffered a hamstring strain.

Uruguay v Ecuador
Uruguay have secured five of their six victories in home matches and are 8-13 to defeat Ecuador.

Edinson Cavani leads the Conmebol qualifying scoring charts with seven goals but misses out with a thigh injury so the onus will be on Luis Suarez, the 16-5 favourite to notch first.

Ecuador generally struggle on the road but were shock 2-0 winners away to Argentina at the start of qualifying.

Colombia v Chile
Chile will be without Alexis Sanchez for their key match with Colombia in Barranquilla.