Reigning champions at risk of elimination in Salzburg 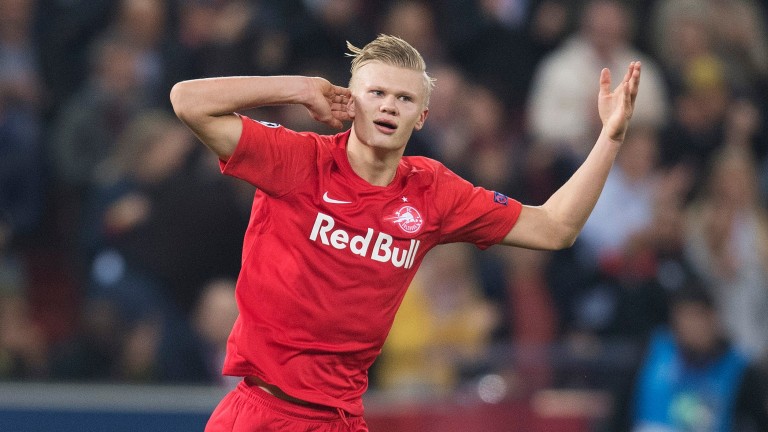 Hotshot Erling Haaland is out to silence Liverpool by adding to his eight goals in this season's Champions League
Andreas Schaad
1 of 1
By Dan Childs UPDATED 8:22PM, DEC 9 2019

Liverpool
Georginio Wijnaldum and Dejan Lovren have returned to training but Adam Lallana hasn't made the trip to Austria. Joel Matip (knee) and Fabinho (ankle) are out.

Liverpool continue to set a blistering pace in the Premier League but their Champions League defence has been far from straightforward and there is a genuine chance of them crashing out with a defeat to Salzburg in Austria.

When the draw for the group stage was made there were few grumbles on Merseyside, but Salzburg, who reached the Europa League semi-finals in 2017-18, have played better than many expected and are firmly in the mix with one game to go.

The Austrian champions looked out of contention after narrow defeats away to Liverpool (4-3) and at home to Napoli (3-2) on matchdays two and three.

But they responded with a 1-1 draw in Naples and a 4-1 victory away to Genk to keep their hopes alive.

They are the leading scorers in the group and eight of their 16 goals have been delivered by 19-year-old Norwegian centre-forward Erling Haaland, who is catching the attention of some of the biggest clubs on the continent.

Haaland is second only to Robert Lewandowski in the Champions League scoring charts and has notched 16 goals in 14 Austrian top-flight appearances.

The powerful striker came off the bench in the loss at Anfield, scoring five minutes after his introduction, but he is sure to play a more prominent role this week as the Austrians attempt to pull off one of the most famous victories in their history.

Much of Liverpool's focus will be on Haaland, but they also need to keep a close eye on Zambian attacker Patson Daka, who has helped himself to 13 league goals including two hat-tricks.

Jurgen Klopp will need a disciplined and focused performance from his side but has a few issues at the back with Dejan Lovren (knock) doubtful and Joel Matip (knee) sidelined.

Joe Gomez slotted in alongside Virgil van Dijk for the bulk of Saturday's 3-0 win at Bournemouth and was rarely troubled after the Cherries' main threat, Callum Wilson, limped off.

But the England international has not played a lot of football recently, starting just two of their 15 Premier League games, and would face a stern test if he is utilised in Austria.

Protecting the back four will be a high priority for Jurgen Klopp, who seems certain to give James Milner and Jordan Henderson key roles in midfield. However, the Reds will miss the powerful presence of Fabinho, who was such a huge influence in their progress to last season's final.

Attack may be the best form of defence for Liverpool, who need a victory to guarantee that they win the group.

It seems likely that Liverpool's first-choice front three - Sadio Mane, Roberto Firmino and Mohamed Salah - will start together for the first time since the 2-1 success over Brighton.

But the supply line to the strikers will depend heavily on full-backs Trent Alexander-Arnold and Andy Robertson, who could have their work cut out going the other way.

Liverpool are likely to score – as they have done in each of their last 17 matches – but their suspect defence is a concern and it could jeopardise their place in the last 16.

Liverpool have kept only one clean sheet in their last 14 matches.