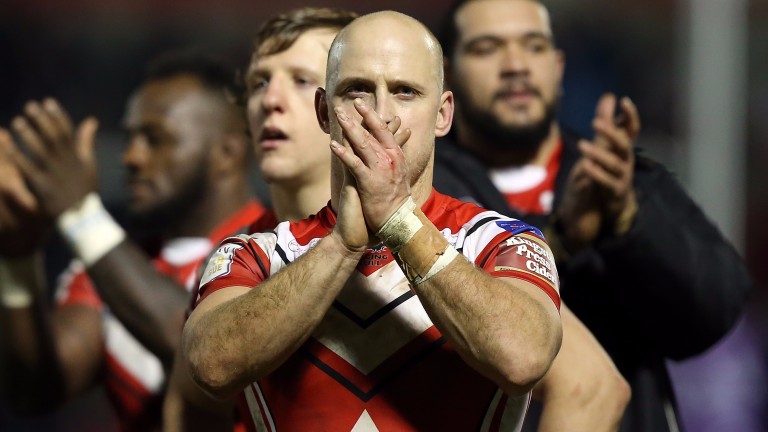 When Salford and Hull Kingston Rovers were paired in the sixth round of the Ladbrokes Challenge Cup there were more than a few raised eyebrows.

It was only last October that the Red Devils sent Rovers into the Championship and secured their own Betfred Super League survival with an astonishing act of escapology in the Million Pound Game.

Ian Watson's team scored two tries in the final two minutes to force extra-time and then took the spoils in the winner-takes-all shootout via Gareth O'Brien's drop goal.

And to add to the spice ahead of this rematch, Tim Sheens, who was Salford's director of rugby for the last meeting, is now the head coach at KR.

There are only four Rovers survivors from seven months ago and the Championship table-toppers are 9-2 to add another top-flight scalp after eliminating Leigh in the fifth round.

Salford are 1-4, while the draw after 80 minutes is a stand-out 40-1 with BoyleSports and that can be considered.

In the previous round against Toronto, the Red Devils were reduced to 12 men in the first half and made heavy weather of scraping through 29-22.

This promises to be another tough battle for the side lying third in Super League.

That was the fifth time in seven games this year that Salford have won by two converted tries or less at the AJ Bell Stadium and backing another similar outcome at 9-4 with Paddy Power looks a decent bet.

At the KCom Stadium, holders Hull face Catalans in a repeat of the 2016 quarter-final which the Black & Whites won 22-8.

Bookmakers expect a similar outcome with the handicap set in the mid-teens.

Both sides have injury problems but the Dragons' worries are worse with 11 players absent including the likes of Greg Bird, Paul Aiton and Thomas Bosc.

Hull should progress but they don't look a betting proposition and the same can be said of Wakefield, who travel to Championship strugglers Dewsbury.

The layers have pitched the handicap in the mid-30s and that can be swerved with Trinity boss Chris Chester set to give some of his key players the evening off.

Recommendation
Salford to win by one to 12 points
3pts 9-4 BetBright, Betfair, Paddy Power