Salford can exorcise ghosts of previous visit to Leigh

Centurions may not contain the Red Devils in Challenge Cup 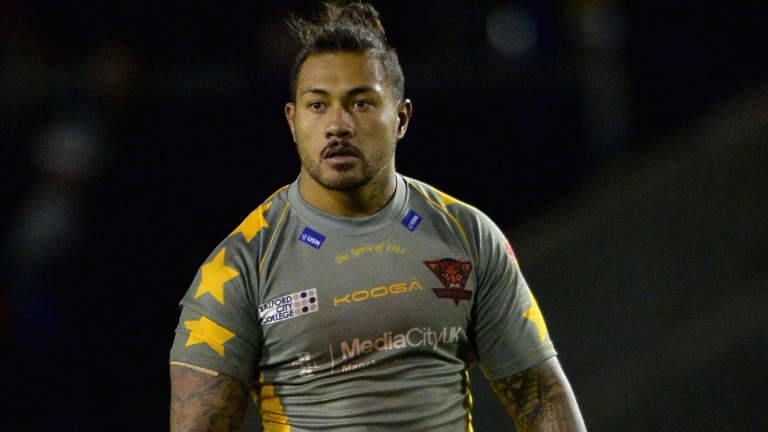 Leigh will be hoping that Ladbrokes Challenge Cup lightning strikes twice in the same place when Salford visit the Leigh Sports Village.

Three years ago, the Betfred Championship club faced the Red Devils at the same stage of this competition and sunk the Super League side 22-18.

Plenty of water has gone under the bridge since.

The Centurions have been promoted to and relegated from Super League. Head coaches Paul Rowley and Neil Jukes have departed along with many star players and Kieron Purtill is now in caretaker charge.

After a dismal start to this season’s bid to return to the top flight, Leigh have reeled off nine straight wins and are 21-10 to extend that sequence to double figures.

On the face of it, the Centurions are meeting a badly out-of-sorts Salford. Ian Watson’s men have been hammered by Wigan and St Helens in the past fortnight, losing the two games by a combined margin of 90-10.

However the Red Devils coach is able to recall Niall Evalds, George Griffin, Lee Mossop and Mark Flanagan and this tie is likely to be more manageable than a match against one of Super League’s top two teams.

Salford’s results against the top-flight’s bottom six may be a better guide to what we can expect.

The Red Devils have won four of their six games against that group of teams by double-digit margins.

They lost at Widnes and Wakefield but outscored Trinity by three tries to two and would have won but for missed goal-kicks.

Earlier in the week, punters were able to support the visitors giving up four points on the handicap but the line has been hiked up to a general eight points.

A high-scoring match on a mild evening looks on the cards and the best bet may be to back the overs in the total-points market when prices become available. Any line around the 50 mark would be worth considering.

In the meantime, the best value appears to lie with backing a narrow Salford win.

The Red Devils to get home by two converted tries or less at 21-10 looks a fair bet.

Recommendation
Salford to win by one to 12 points
1pt 21-10 Betfair, Paddy Power