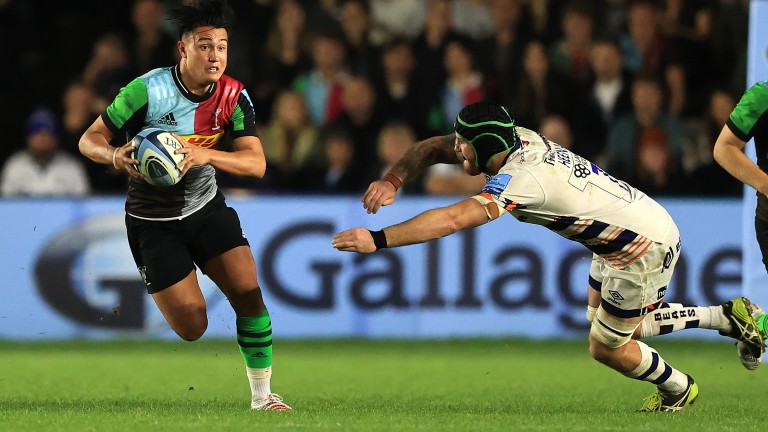 Armchair fans will be delighted that just a week after Harlequins dazzled viewers with their 45-point second-half salvo against Bristol, the Premiership's great entertainers are back on our screens.

Reigning champions Quins are box-office gold. Last week's fightback from 24-7 down at half-time to win 52-24 was their third successive bonus-point win this season, and followed their remarkable semi-final and final successes at the end of last season.

In past seasons Sale were just the kind of side who could be relied on to negate that attacking flair but it's been a different story this term without a host of their key internationals. Their first four games have featured 27 tries - it took twice as many fixtures to reach that tally last season.

The Sharks have won only one match this season, and were thankful for a missed conversion in the final minute of an opening 20-19 success at Bath.

Since then they have thrown away a big lead to draw 31-31 at London Irish and fought back to come within a missed conversion of a victory of their own in last week's 33-32 loss at Gloucester.

Last term, 18 of Sale's 22 matches were settled by a margin of no more than 12 points, and two of Quins' three wins this term have been in a similar range.

The visitors may have more of an attacking edge at Sale with exciting fly-half Marcus Smith, who led the second-half charge against Bristol, set to start.

But Sale are strengthened too with England pair Tom Curry and Manu Tuilagi among seven changes to the starting line-up.

Quins look hard to stop and are rightly favourites, but Sale have the experienced in their line-up and cutting edge in attack to ensure it's not another runaway success.