Injury to scrum-half Hougaard a major blow for Warriors 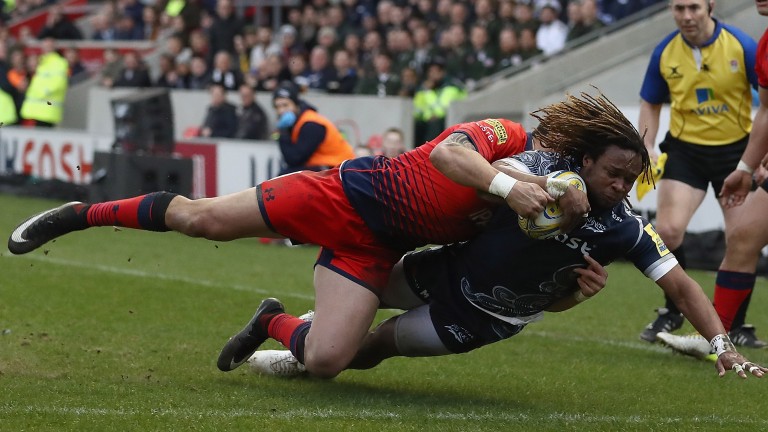 Sale ran up their biggest score of the campaign in their home clash with Worcester last season. They may not quite hit the heights of that 58-25 success when the teams meet again at the AJ Bell Stadium on Sunday afternoon, but the Sharks look sharp enough to cover a seven-point line.

Both these teams started with a defeat in round one, Sale going down heavily at Harlequins and Worcester just pipped by a Wasps fightback.

Sale performed far better at home than on the road last term – they won just three away matches including an 18-14 success at today’s opponents – but they were competitive in the first half before being undone by errors in the second half and slipping to a 51-23 reverse.

Expect a tighter display from the Sharks on home soil.

For Worcester it was the other way round as they stormed into a lead against Wasps but paid the price for a high penalty count and a second-half sin-binning.

Head coach Alan Solomons has been forced into a switch at scrum-half after the influential Francois Hougaard picked up a rib injury last week and that is a major blow for the Warriors. Johnny Arr takes his place with Duncan Weir again alongside at fly-half.

Sale have the weapons to get points on the board and should win with something to spare.