Saints may have an eye on more pressing matters 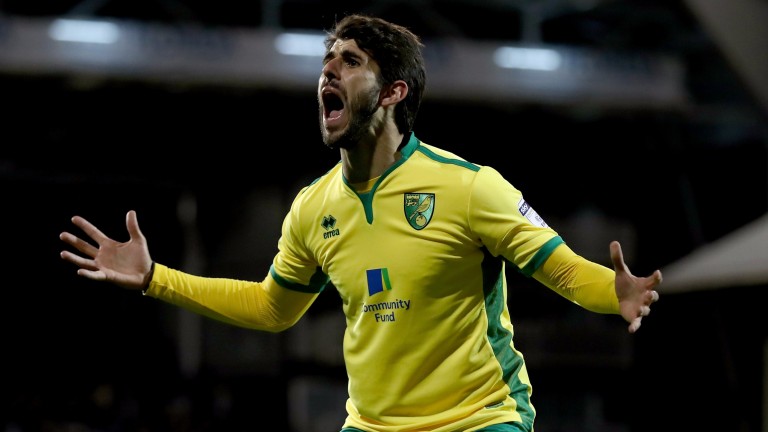 Nelson Oliveira is in great form for Norwich having bagged a hat-trick against rivals Derby
Clive Rose
1 of 1
6:58PM, JAN 6 2017

Norwich v Southampton
The FA Cup looks to be the lowest priority for Claude Puel and Southampton could pay with an early third-round exit against Norwich at Carrow Road.

Wednesday’s home EFL Cup semi-final first leg against Liverpool is set to be on the mind of Puel, who has seen Saints lose three Premier League matches over the festive period while skipper Jose Fonte has handed in a transfer request. Top scorer Charlie Austin is also injured.

The Southampton Daily Echo has reported the likes of Jack Stephens, Harrison Reed, Josh Sims, Jake Hesketh and Sam McQueen could be in line for starts and that makes Soton vulnerable for this tricky trip.

Norwich, ninth in the Sky Bet Championship after last season’s relegation, should be capable of much better and they have the players to cause trouble for the Premier League visitors.

The Canaries dominated Derby in a 3-0 win on Monday to make it nine wins in their last 12 home matches with Nelson Oliveira smashing in a hat-trick.

Wes Hoolahan, Jonny Howson, Martin Olsson, Timm Klose and Steven Naismith are just some of those with top-flight experience and Southampton are not great on the road at the best of times.

Saints have failed to score in four of their last six away games.

Hull v Swansea
A certain amount of guesswork will be needed to anticipate the likely starting teams for these relegation strugglers but Hull look dodgy favourites to qualify considering the Tigers take on Manchester United in an EFL Cup semi-final on Tuesday.

New boss Marco Silva has already said he has only one target for this season – Premier League survival – and given there is a trip to Old Trafford on the horizon, it seems reasonable to expect a weakened City starting 11.

The Premier League’s bottom club have not kept a clean sheet in their last 22 matches since a 2-0 success at Swansea in August. The Welsh outfit dominated possession, corners and the shot count that day but were undone by a couple of late goals.

Swansea have since sacked Francesco Guidolin and Bob Bradley and will be hoping it is third time lucky with Paul Clement.

The former Derby boss started in the stands on Tuesday but ended up in the dugout for the vital 2-1 victory at Crystal Palace and this looks a decent chance to build on that massive triumph.

Clement will have a free week to prepare for the league game against Arsenal so there is no need for wholesale changes but even if he does rotate his squad there is some talent on the bench.

Angel Rangel, Leroy Fer, Nathan Dyer and Borja Baston were among those who were subs at Palace and Swansea look a bet to reach round four even if they need two matches to make it. 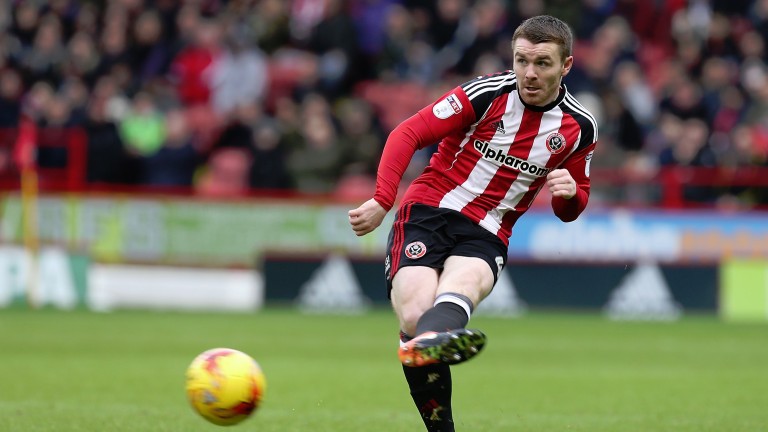 Southend v Sheffield United
This is a big game in Sky Bet League One with leaders Sheffield United aiming to move six points clear of Bolton, while a win for Southend would see them jump into the playoff positions.

The Steel City side are the class act in the division and should be celebrating promotion come the end of the season. They have won five in a row and carry a massive forward threat but odds-on at Roots Hall looks on the short side.

This hot spell for Chris Wilder’s side includes a late winner at Coventry and a last-gasp strike against Northampton so it’s not as if the Blades are slicing through even the average sides.

Southend are unbeaten in their last 13 league matches and no visiting side have won at their Essex base since August 27 when the team was unrecognisable to the side now at Phil Brown’s disposal.

Brown’s boys won the reverse fixture 3-0 and they also drew at Bolton, while at home Bradford were battered 3-0 and Millwall were turned over 3-1.

Langdon’s plays of the day

Banker
Inter Evs
It’s just one win in their last nine away matches but Inter started to play well before the winter break and could be a team to watch in 2017. Hosts Udinese are in decent nick but this is a big step up.

Blowout
Barcelona 4-7
There will be many better 4-7 shots than Barcelona tomorrow, who head to a Villarreal side who have drawn at Real Madrid this season and also beaten Atletico Madrid 3-0 in their last La Liga home match

Hotshot
D Origi 4-1 bet365
Liverpool will make changes and that should hand an opportunity to Divock Origi at home to Plymouth. He has scored seven times in 21 appearances and looks an each-way steal at Anfield.