Saints can steal a march towards Wembley final

Reds may have work to do in return fixture 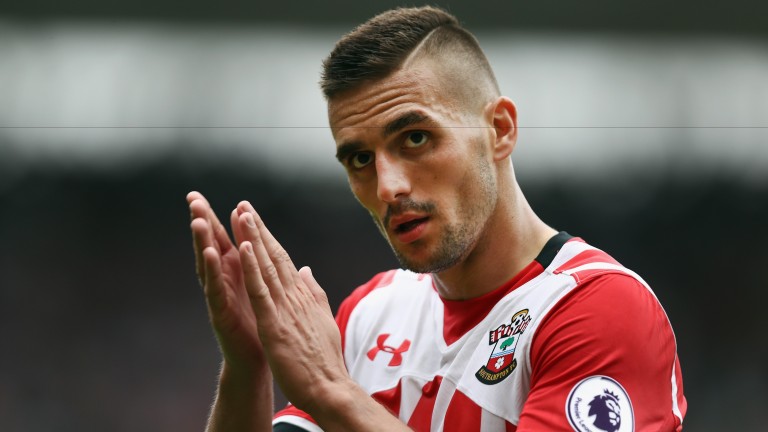 Southampton were the only top-flight team to suffer three defeats over Christmas and New Year but they can draw a line under their recent struggles by defeating Liverpool in their EFL Cup semi-final first leg at St Mary’s Stadium.

At the start of the season one of Southampton’s main aims was to try to qualify for Europe for a third successive campaign.

However, the gap between Saints and the top six has increased from six to 15 points since Christmas Day, so their best hope of qualifying will be through winning one of the cup competitions.

They are still in the FA Cup after a 2-2 draw at Norwich on Saturday although the winners face a tough home fixture against Arsenal.

Two of the potential routes into Europe are looking tricky but Saints have a fighting chance in the League Cup if they can get back to the slick, high-tempo football they were playing three weeks ago.

A lot has been made of Southampton’s workload – they were the only Premier League team required to play three fixtures in six days – but many of their key men were rested for Saturday’s game at Norwich and should be raring to go.

Jose Fonte’s contract dispute which rules him out of action is an unwanted distraction and makes it tougher for Southampton to rediscover the defensive solidity they showed so often in the first half of the season.

Maya Yoshida has failed to convince as Fonte’s deputy and Southampton will lean heavily on highly-rated centre-back Virgil Van Dijk, who has been linked with a host of top clubs.

However, Saints are not going to be up against a full-strength Liverpool attack.

Philippe Coutinho is not ready to perform anything more than a cameo role after only recently returning and Sadio Mane has left for the Africa Cup of Nations.

Mane’s departure hits Liverpool the hardest because it denies them the pace they need to stretch defences.

Daniel Sturridge prefers to receive the ball into feet and Divock Origi played with a lack of confidence during Sunday’s 0-0 draw at home to Plymouth in the FA Cup third round.

The match against Plymouth highlighted a lack of depth and experience in the squad with Liverpool dominating possession and the shot count 28 to four but struggling to create clear-cut chances.

A much stronger team will be deployed against Saints but some of the Liverpool players may already be thinking ahead to Sunday’s crucial league match at Manchester United.

And anything less than 100 per cent commitment will leave them vulnerable against a talented Saints team who will be treating the match like the final itself.

Taking a lead to Anfield will be crucial to give them a decent chance of making it to Wembley.

However, Southampton are a much better team than they have shown recently and a return to the intensity levels they showed before Christmas can help them achieve the victory they crave.

Team news
Southampton
Jose Fonte has been left out as he continues to press for a move away from the club and Charlie Austin (shoulder) is unavailable.

Liverpool
Joel Matip and Philippe Coutinho are set to return to the squad but Jordan Henderson (heel) is out and Sadio Mane is at the Africa Cup of Nations.