Eubank may be in for a battle 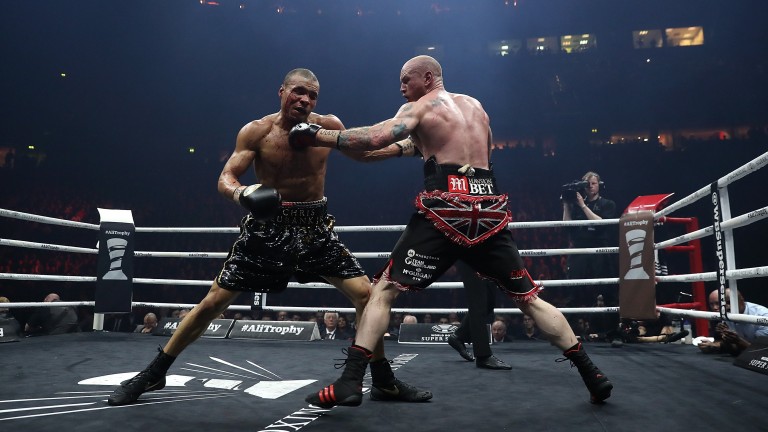 George Groves and Callum Smith face off in the final of the World Boxing Super Series in Saudi Arabia and you can expect Saint George to slay his opponent.

Groves' WBA super-middleweight belt is also on the line as the unbeaten Smith makes his first world title challenge. For all that Mundo has looked a class act as he has moved up the divisions, he has yet to prove he is at the Hammersmith hitter's level. The 11-8 on offer about Smith looks awfully short.

The Liverpool man has the reach and height advantage and he can punch but Groves has the skills, punch power and experience to hold on to his belt.

Groves has three defeats on his record - one split decision to Badou Jack and two losses to Carl Froch - but even in those defeats he emerged with his reputation almost enhanced.

The London fighter's record is stacked. James DeGale, Fedor Chudinov and Chris Eubank have all been beaten by Groves and although Smith has taken care of the previously unbeaten pair Erik Skoglund and Nieky Holzken in this event, their records are pretty bare.

This represents a major step up in class for Smith and while he may be up to it the prices seem to almost take that for granted.

There is a slight concern that Groves is going to the well one time too many after some hard fights in his 31-bout career, but he is only 30 so there should be more left in the tank. Perhaps the bigger worry is the shoulder injury Groves suffered against Eubank in the semi-finals of this series.

Groves and his trainer Shane McGuigan have been making the right noises regarding that, as you'd expect them too, and that doesn't seem to be a big enough worry to ignore the 8-11 about Saint George reining supreme.

Eubank takes on JJ McDonagh on the undercard and while odds of 1-25 tell you that Junior is expect to win, it may not be as straightforward as those quotes suggest.

McDonagh is an awkward and elusive fighter, who has been stopped only once in his 20-fight career. The Irish super-middleweight champion also won the WBA International light-heavyweight title in 2016 and has the size and durability to see out the ten rounds.

Eubank had a reputation of being a big puncher but as he has moved up to face better-class opponents he has struggled to continue in that vein.

Billy Joe Saunders and Groves beat the Brighton man and the super-tough Arthur Abraham took him the distance, and while it's folly to suggest McDonagh is anywhere near that level, 3-1 about a Eubank points win looks a little too big.