Sagan scores dramatic victory – now it could be Demare's turn 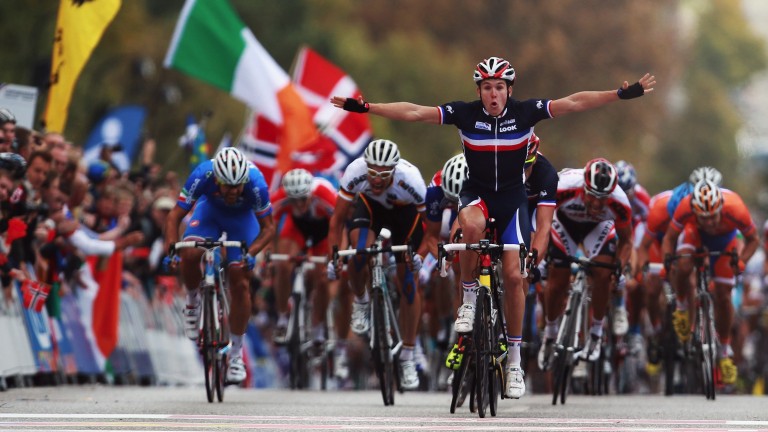 In this varied Tour that offers a changing profile virtually every day, double world champion Peter Sagan was at his imperious best in the stage-three finish at Longwy, winning despite pulling his right foot out of the pedal clip in the closing stages.

Sagan was leading by two lengths at the time of the drama, looking back at his gasping rivals, but he was only half a length up when he clipped back in before sealing victory from the fast-finishing Michael Matthews with Dan Martin – advised at 40-1 each-way by Adam Scriven – a good third.

Martin was one of several GC contenders to show up well. Richie Porte launched a confident attack on the hardest part of the finish climb, which suggested he will be a force on Wednesday's summit at La Planche des Belles Filles, and Jakob Fuglsang finished seventh, followed home by yellow jersey Geraint Thomas, Chris Froome, Rafal Majka, Nairo Quintana and Romain Bardet. Porte was 14th.

The elite sprinters should be back in action at the stage-four finish in Vittel. The route is rolling but without being too testing, the sole categorised climb coming with 40km to go, although the GC contenders will have to beware the possibility of crosswinds that could cause splits in the peloton.

The stage-two finish was a decent snapshot of how the sprinters stand, with the top five being Marcel Kittel, Arnaud Demare, Andre Greipel, Mark Cavendish and Dylan Groenewegen. The sprint was a bit messy but each rider had his chance and Kittel stamped his authority with an ultimately clear-cut victory.

As for the others, Demare is clearly up-and-coming and in form, having just won the French national championship, Greipel is strong but appears still to lack the top-end speed of previous years, Cavendish is still feeling his way back after the ravages of glandular fever and Groenewegen is quick but still learning what it takes to win on the Tour.

A few others could get involved – notably John Degenkolb, Alexander Kristoff, Nacer Bouhanni and Sagan, who was only tenth on Sunday –but it is clear Kittel is the one to beat.

Demare's record this year is excellent (1312112 in his last seven attempts to win in flat sprints) and he might just be the one who can stop the Kittel express.