Sabalenka and Radwanska could serve up a thriller at Eastbourne

Dzumhur can maintain his dominance over Vesely 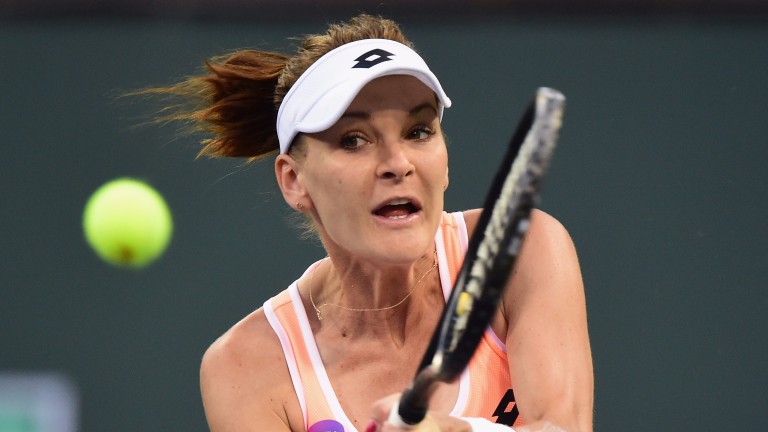 All four of Aryna Sabalenka's matches at Eastbourne this week have gone the distance and her semi-final tussle with Agnieszka Radwanska, who is appearing in her first tournament since April, could follow suit.

Sabalenka has needed three sets to see off Sachia Vickery, Julia Goerges, Elise Mertens and Karolina Pliskova this week and she may not have it all her own way against Radwanska, who made light work of Jelena Ostapenko on Thursday.

However, Radwanska's run to the semi-finals has come as a surprise given it was her first appearance since retiring on the Istanbul clay two months ago and her lengthy absence could take its toll.

Sabalenka is ticking along nicely while Radwanska - a finalist at Wimbledon six years ago - tends to give her all on the turf and this clash could be a marathon.

Bookmakers are finding it difficult to separate Jiri Vesely and Damir Dzumhur in the semi-final of the Antalya Open but the Bosnian may get a chance to claim some silverware.

Dzumhur, ranked 30th in the world, is 73 places higher than his Czech challenger and all three of their meetings have gone his way.

Vesely has yet to drop a set in his three matches in Turkey but his route has been kind and he has spent most of this campaign competing in Challenger events.