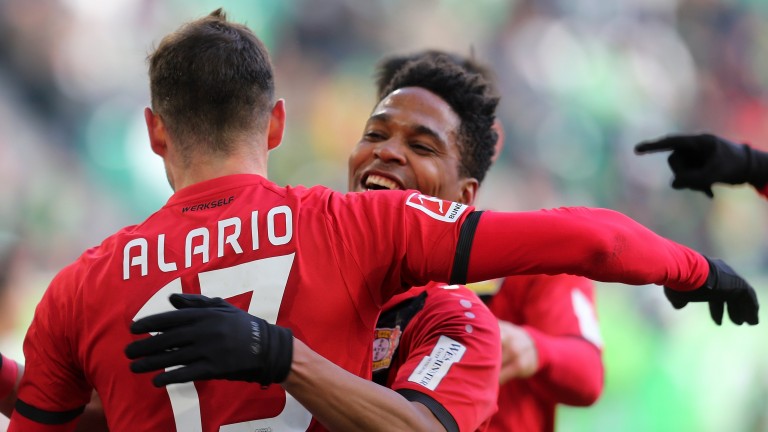 Saarbrucken
The hosts have no new injury concerns, having last played in March.

Bayer Leverkusen
Star player Kai Havertz remains a doubt with a muscular injury and may not be risked while Lars Bender is sidelined with a foot complaint.

Saarbrucken's vice-president Dieter Ferner described the club's progress to the semi-finals of the German Cup as "the biggest sensation since the birth of Christ" and their reward is a home tie against highflying Bundesliga outfit Bayer Leverkusen.

The Regionalliga side defied all expectations to beat both second-tier side Jahn Regensburg and the Bundesliga's Cologne 3-2 before edging Fortuna Dusseldorf on penalties to reach the competition's semi-finals.

And, as well as becoming the first fourth-division team in the tournament's history to make the last four, they were settled as champions in the Regionalliga Sudwest division thanks to their superior points-per-game figure of 2.39.

But as exciting as they have been to watch from a neutral perspective, punters should not ignore the elephant in the room - Saarbrucken have not played since a league defeat to Astoria Walldorf on March 7.

Meanwhile, Bayer Leverkusen have been back in action in the Bundesliga, playing five matches since May 18, and should be sharp enough to justify the 1-8 on offer for them to win the match.

They endured a crushing 4-2 defeat at home to Bayern Munich at the weekend but Borussia Monchengladbach's defeat to Freiburg the night before means they are still well in the hunt for Champions League football with four league fixtures remaining.

That will be their primary focus as the season draws to a close. But a shot at a first piece of silverware since 1993 is not to be sniffed at and punters should expect manager Peter Bosz to field a strong side.

Star player Kai Havertz's involvement is in doubt - he missed the Bayern clash with a muscle injury and is unlikely to be risked even if he is fit - but Leverkusen have a plethora of attacking gems who can get the job done.

The Bundesliga visitors have won 12 of their last 15 competitive matches, scoring an eyewatering 38 goals during that run with Lucas Alario, Kevin Volland (both 11 goals) and Leon Bailey (seven goals) having posted respectable figures in all competitions this season.

Peter Bosz's men operate with such razzmatazz that they can sometimes be prone to defensive blips like in their 4-1 hammering by Wolfsburg since the season's restart.

But even if they were to ship against a top-heavy Saarbrucken side, who have scored in nine of their last ten games on home soil, they should still pave a way to the final where they will play Bayern Munich or Eintracht Frankfurt.

Three of their four German Cup contests this term featured at least three goals and two, including a 4-1 win over Regionalliga side Alemannia Aachen, featured four or more goals so it could pay to back a Leverkusen win in a high-scoring contest.

Both teams have scored in five of Bayer Leverkusen's last six matches in all competitions.