Russell Henley can upset the big names in Honolulu

Kevin Kisner should have a say in matters 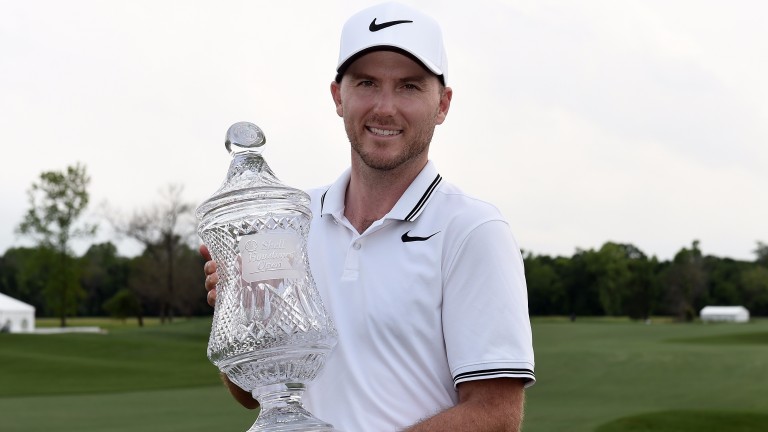 Palmer's top tip
Russell Henley 35-1
Justin Thomas went birdie crazy at Waialae Country Club last year, the massively in-form youngster opening with a 59 and quickly turning the Sony Open into a procession, but the short prices about a successful title defence are unappealing.

Thomas performed only in short bursts at Kapalua last week, sharing 22nd place in the 34-runner Tournament of Champions, and he has lost his regular caddie Jimmy Johnson to injury. Johnson, arguably the best bagman on the circuit, has been a major factor in helping Thomas become one of the elite.

Jim 'Bones' Mackay, an on-course reporter since splitting with Phil Mickelson, is coming out of caddying retirement to help Thomas this week. The lack of sparkle Thomas showed at the more suitable Kapalua suggests this new partnership will fail to deliver silverware.

Jordan Spieth was more impressive at Kapalua, recovering from an opening 75 to finish ninth, but there was a vulnerability over short putts which does not encourage investment at just 5-1 for the Sony. Thomas and Spieth dominate the market, but may not dominate the event.

Preference at much bigger odds is for Russell Henley, who destroyed Waialae for a hugely impressive maiden US Tour title in 2013. The rookie was playing in his first regulation US Tour event, yet carded three rounds of 63 and a 67 to reach 24 under par, showcasing his incredible putting ability.

Less breeze than normal is forecast for Waialae this week, so Henley can enjoy another feast of birdies, with 20 under par or better probably required for victory on this short layout.

Not many in the field possess the flat-stick assurance to post such numbers, but Henley has always been a wizard on the greens.

A first child, a son, is due in April for Henley, who explained his new-found positivity to reporters at Kapalua. The Kiawah Island based pro has posted two top-20s in the Sony since his victory, as well as finishing third in the Tournament of Champions in the other Hawaii event.

Third place in the Tour Championship at the end of September is fantastic form and this underrated player has not missed a cut since the second week of June.

Henley has won three times on the Web.com Tour, three times on the US Tour, and does not turn 29 until April. A mid-division effort in the ToC last week was a decent warm-up and history has shown that ridding Christmas decay with four ToC rounds aids a Sony title tilt.

In the last 19 years, the Tour has opened at Kapalua before moving to Waialae, and 13 Sony winners played in both events.

Not all of the tiny ToC field stay in Hawaii for the Sony, so 13 from 19 is a compelling statistic when you consider only about 15 percent of the Sony runners arrive from Kapalua.

Those making the short hop from Maui to Honolulu are usually good players who would expect to do well in the Sony, but even so, punters should favour those who have already had a 2018 outing.

Next best
Kevin Kisner 22-1
Tied with Henley at Kapalua was Kevin Kisner, who also appears to have a massive chance of upstaging Thomas and Spieth at Waialae.

Kisner putted superbly in the ToC and loves Bermuda greens, especially those at Waialae, where he has finished fifth and fourth the last two years.

Kisner tied for third with Henley in the Tour Championship, then followed up with fourth place in the RSM Classic, the increasingly assured 33-year-old consistently threatening a third US Tour title. It is likely to come on a tight but low-scoring track which puts a premium on putting. Waialae is made for him.

Kisner's college football team – the Georgia Bulldogs – lost an overtime epic to Alabama for the national championship on Monday.

He had a bet with Alabama fan Thomas, which means the loser has to wear opposition colours at the 17th hole on Thursday, but such jollity should not detract from the obvious title chance of Kisner.

Other selection
Chris Kirk 125-1
Another proven Waialae performer has been dismissed too easily by the layers. Chris Kirk did not enjoy a great 2017, but he closed with fourth place in the RSM Classic, which could provide the shoots of a recovery for a four-time US Tour champion.

Kirk, fifth in the 2013 Sony and runner-up in 2014, fired a final-round 62 in the 2015 Tournament of Champions and has always looked comfortable in Hawaii.

The father of three young boys will be determined to reignite his career and still has plenty to offer at the age of 32, especially in events like this one where putter is by far the most important club in the bag.

Others to note
Si Woo Kim
The Players champion, fourth in the 2016 Sony, looked fit and played well at Kapalua last week. Dangerman, but switched from TaylorMade to Callaway over New Year, so settling with new gear.

Zach Johnson
The 2009 Sony champion has a perfect game for this layout and found some form at the end of last year. Went down with flu over Christmas and New Year, though, so could be short of a gallop.

Brian Harman
The little left-hander had to suffer in the final twoball alongside an imperious Dustin Johnson at Kapalua on Sunday. Harman has the right game for Waialae, though, and seems likely to contend in Hawaii for a second straight week.

Brian Gay
The four-time US Tour champion, third in the RSM Classic in November, has his dream set-up at Waialae. He is winless for almost five years, though, and turned 46 over Christmas.

Luke Donald
The former world number one turned 40 last month, having curtailed his 2017 campaign with chest pains. If he is ever to get back to winnings ways, it will probably be on a short, fiddly track like Waialae.

Austin Cook
The RSM Classic champion was six under par for the weekend at Kapalua and could easily take a shine to Waialae on his Sony debut.

Course overview Waialae staged the Hawaiian Open until 1998, at which point US Tour chiefs oversaw an upgrading of the track, which became the venue for the Sony Open thereafter.

Waialae contrasts greatly with the wide-open Plantation Course which the likes of Jordan Spieth and Justin Thomas faced for the Sentry Tournament of Champions in Maui last week.

The fairways are thin, the greens are small and accuracy is the key to success. The Hawaii turf and the trade winds are similar to Kapalua though.

A steady breeze usually adds to the Waialae test and the most difficult holes are the 488-yard par-four first, the fiddly 426-yard par-four second and the 478-yard par-four 13th. There are only two par-fives (the ninth and 18th).

The winning score was between 13 and 16 under par for six years until red-hot rookie Russell Henley destroyed the course record by four shots in 2013. Scoring has been super-low since, with Thomas shooting a 59 last year

Story of last year Justin Thomas followed up his Tournament of Champions victory with an even more impressive display, finishing 27 under par to triumph by seven shots

Weather forecast Hot and sunny, with light breezes for the most part. Friday afternoon and Sunday afternoon look set to be the windiest

Experience of this quirky, long-established US Tour venue is a significant advantage, so avoid debutants