Mark Walker's tips of the week 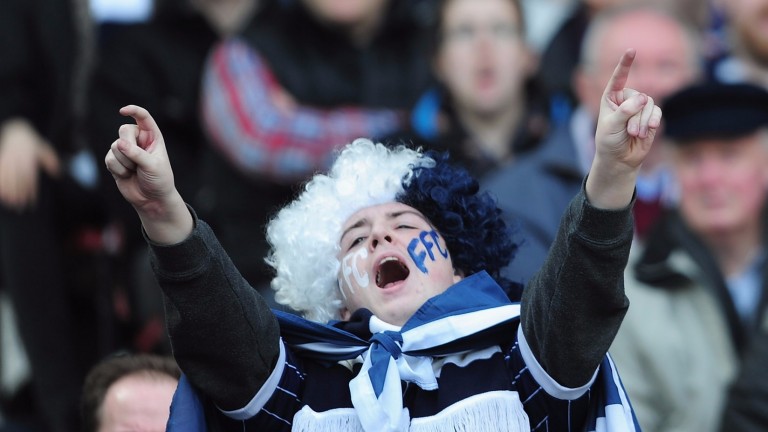 Falkirk fans should be celebrating after the game
Jamie McDonald
1 of 1
By Mark Walker 8:00PM, MAY 5 2017

Back Falkirk to beat Dumbarton this afternoon and clinch the runners-up spot in the Ladbrokes Championship.

While finishing second may seem like a consolation prize, it is absolutely crucial in the playoff system as it means you face two fewer games, with second meeting the winners of a two-legged tie between third and fourth.

And with Dumbarton likely to stave off relegation – barring an improbable nine-goal swing from hapless Raith Rovers – they should have their party hats on.

Falkirk’s defence hasn’t been the most secure of late, but manager Peter Houston knows the importance of victory in Dunbartonshire and is likely to have his players primed for action.

The Bairns have scored two goals in each of their last three games and that should be enough to beat a Sons side already celebrating the likely prospect of retaining their second-tier status.

Dundee United are also aiming for the runners-up spot in the Championship and they should hold up their end of the bargain with victory at Morton.

Jim Duffy’s hosts have punched above their weight all season, but have hit a desperate form slump at the worst possible time.

They have already secured their playoff place but no wins in eight is hardly the form you want heading into games of such magnitude.

United have a chance of overtaking Falkirk if they win and the Bairns drop points and while Ray McKinnon’s men are not quite at their excellent mid-season best, they have lost only once in eight games and appear to have significantly improved.

Striker Thomas Mikkelsen has been in fine form and United can win at Cappielow.

Alloa can relegate Peterhead from Ladbrokes League One with a win at the Balmoor Stadium.

With a playoff spot already in the bag, Alloa have known their fate for a number of weeks. However, manager Jim Goodwin has been a model of professionalism, continuously naming strong sides that have allowed his side to win three in succession.

Peterhead must win to give themselves any chance of survival but there’s little to suggest Jim McInally’s men have the ability to do so.

A solitary win in 13 games is hardly survival form and the Wasps look set to confirm their relegation to the fourth tier.

Hamilton can put rock-bottom Inverness out of their misery with a win in the Highlands.

If Caley Thistle lose and Motherwell and Dundee win later in the day, Richie Foran’s side will be relegated from the Ladbrokes Premiership.

And although it’s a must-win for the Highlanders, there’s absolutely nothing to suggest they can produce a performance to justify them being as short as they are.

Foran has been a disastrous appointment and his players appear resigned to their fate.

Accies, on the other hand, have a habit of producing some unexpected big results as they try to avoid a relegation playoff.

They won at Dundee a couple of weeks ago and they seem too big to do the same against a dismal Caley outfit.

Hamilton Darian Mackinnon is back for Accies.

Key stat
One or both teams have failed to score in all but one of Hamilton’s last 11 games.