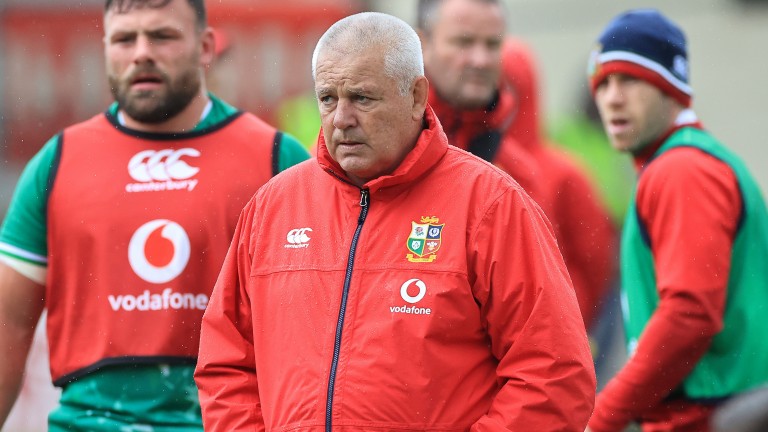 A drawn series with New Zealand in 2017 was frustrating for players and punters but no doubt a delight for bookmakers, and the Lions are 9-10 to go one better this time and seal a series win.

It's worth remembering how close we came to a 1-1 scoreline the last time the Lions visited South Africa in 2009. The Springboks took that series 2-1 but the scores were level at 25-25 in the second Test with the clock in the red. Defence coach Shaun Edwards urged the players to kick the ball out and end the game, but a rush of blood from Ronan O'Gara conceded a decisive penalty.

Everything points to all three Tests being close, and one flash of genius, a single error or a quirky bounce could prove decisive.

It's a twist of fate that this is the third Lions tour to South Africa in the professional era, and on every occasion the Springboks have been World Cup winners. It's also been pointed out that in their 2019 World Cup final victory over England, the Boks did not concede a try, a common factor in their successes of 2007 and 1995.

So the Lions know they are facing a very good South Africa side, and in particular a very strong South Africa defence. But what is different this time is that the Lions are not the team going in undercooked - both teams are and Warren Gatland's apparent willingness to target that defence could swing it his way.

Traditionally teams have looked to take on South Africa on their own terms with a big, physical showing and set-piece strength allied with defensive rigidity.

Gatland's team for the first Test suggests flair and ambition, and against a Boks team who have had so little time to prepare and build as a unit, it could pay off.

South Africa played their first match since that World Cup final against Georgia at the start of the month - a break of 18 months - and even then a planned second meeting had to be called off.

For once the Lions look better prepared and there may be more fluency to their play. The Boks might well be happier if their opponents are prepared to dig in and find their feet in a cagey start, but there are signs that may not be the case this time.

A series win would crown a remarkable achievement for Gatland and he has clearly gone to great length to plot a successful path. Given how closely the teams are matched, a clean sweep looks beyond either side, so the Lions are the pick to claim a 2-1 triumph.