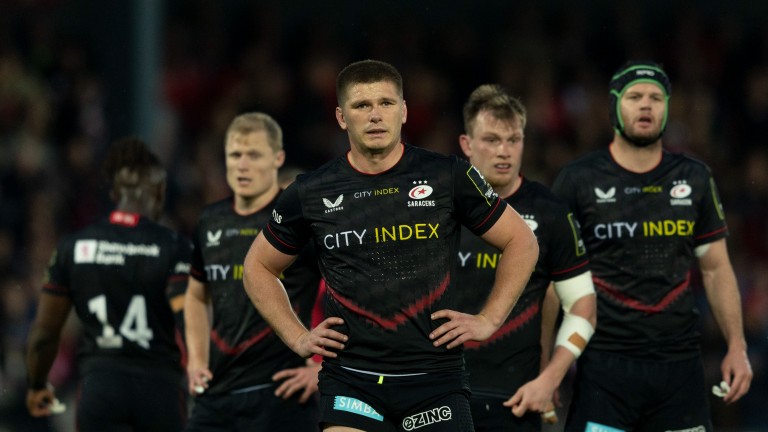 Captain Owen Farrell leads a very strong Saracens side into Toulon
Bob Bradford - CameraSport
1 of 1
By Chris Rivers 3:00PM, MAY 13 2022

Free rugby tips, best bets and analysis for Lyon v Wasps and Toulon v Saracens in the semi-finals of the European Challenge Cup on Saturday.

Wasps’s strong end to the season has them sniffing silverware for the first time in 14 years and they should head to Lyon full of confidence following an eight-game unbeaten run which features a win on French soil.

Wasps, who have won five of their last seven meetings with Top 14 opponents, saw off Biarritz in the last 16 of the Challenge Cup before edging out Edinburgh last weekend in a thrilling quarter-final.

The pack won the day in Scotland and if they can repeat that strong set-piece showing, in combination with a sharp backline which is averaging over 36 points per game during Wasps’ unbeaten run, they can ask questions of Lyon.

The French side have won all but two of their 16 home games this season but failed to convince in their quarter-final triumph over Glasgow, coming from behind to deny a plucky Warriors outfit.

Lyon have plenty of firepower behind their scrum too so expect a back-and-forth contest and that could suit Wasps.

Premiership glory might be top of Saracens’ agenda but they showed they are also fully invested in the European Challenge Cup when crushing Gloucester in the last round.

Sarries ran in five tries at Kingsholm in a dominant performance to set up a meeting with Toulon in a fixture more accustomed to taking place in the Champions Cup rather than European rugby’s secondary competition.

While Toulon aren’t the same side who won a hat-trick of Champions Cups between 2012 and 2015, they are still a formidable outfit on paper and have named a starting line-up featuring 11 internationals, including South African colossus Eben Etzebeth.

The big names have underperformed this season though with Toulon mid-table in the Top 14 and they are coming up against a Saracens side intent on making a statement.

Skipper Owen Farrell is firing on all cylinders after an injury-hit campaign and he’ll lead out a strong side at the Stade Mayol with Mako Vunipola and Max Mallins recalled to the team.

Saracens have won five of their last six games on French soil and look capable of grinding out a narrow win over a Toulon side whose last five defeats have all been by 12 points or fewer.