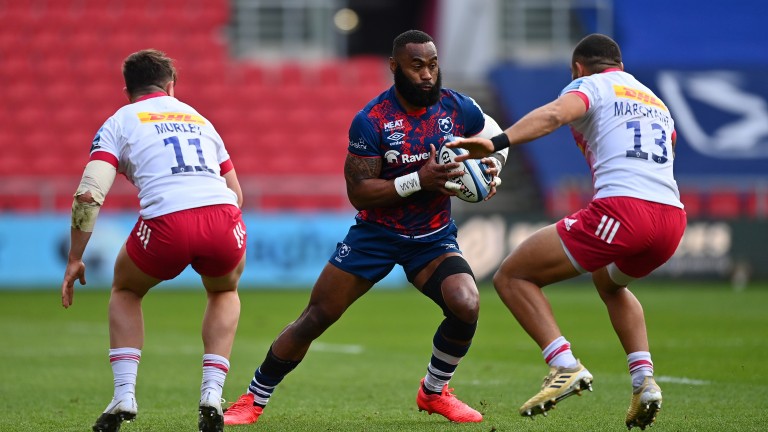 Champions Exeter were favourites to retain their title when the Gallagher Premiership season kicked off in November and as we reach the playoffs, with the field whittled down from 12 to four, they are odds-on to lift the trophy next weekend at Twickenham.

But the Chiefs were also 1-4 to finish top of the regular-season table, yet the going has proved a lot tougher than expected, not least because of the challenge of Bristol who finished three points clear at the top.

The markets say it will be Bristol against Exeter in the final, and history is on their side too as there has not been an away win in the semi-finals since 2015 - indeed, that’s something that has happened just four times in the tournament’s history.

And despite Bristol’s better points tally over the last seven months, the top two finished with a level 17 wins apiece. Exeter have shown time and again that they are so hard to put down over 80 minutes - they have come from 18-0 and 20-3 down to win their last two regular-season matches - and they are well rehearsed when it comes to getting it right on the big stage.

Harlequins are the biggest surprise packages in reaching the playoffs this season - their first top-four finish since 2015 - but there was a stage of the season when it looked as if they were ready to stand up as title contenders.

In March, Quins faced away clashes at top-two sides Bristol and Exeter and came so painfully close to winning both. At Exeter in round 13 they scored first and were 20-7 up on the hour mark, but were overhauled 21-20 with minutes to go.

A fortnight later at Bristol they were 33-21 up with ten minutes to go but conceded two tries, the second with the clock in the red, to lose 35-33.

Those defeats will have been tough to swallow but at least Quins could come away knowing they could go to either of their likely semi-final opponents with more than a chance of winning.

Since then, however, they have looked every inch the flamboyant fancy-dans that many opposing fans accuse them of being and they seem frankly ill equipped for the demands of knockout rugby.

Their matches this season have featured a total of 166 tries - at least 20 more than any other team’s - and in their last eight games they have shipped a total of 235 points. They conceded three try-bonus points in their first 14 games, and six in their last seven. In their final regular-season match against tenth-placed Newcastle they scored eight tries but shipped four. In short, they are a leaky ship and turning that around in the space of a week for a playoff clash looks a huge test.

Bristol don’t have the best defence in the league this season - their tally of 42 tries against was level with Exeter but two more than Sale - but they have allowed only one try-bonus point. Quins know they are unlikely to breeze into Ashton Gate and rely on their attack to score more than they concede.

The trouble is, it’s next to impossible to flick a switch and change the way you’ve been performing for weeks, and Bristol know they have the game to put their visitors in place.

Rain should stay away but conditions could still be heavy, which won't suit Quins' game, and Bristol can pull clear by the end.

It's a quick turnaround for Sale, who rounded off the regular season with an away fixture at Exeter and head straight back to Sandy Park for their semi-final.

Sale had a choice last week, when a bonus-point win would have been enough to earn them a home semi-final as long as they could also deny Exeter a bonus point of their own.

They could have gone for it and tried to snatch that last-four advantage, or they could have accepted their lot, rested up players and held everything back for this week.

They chose to go for it and it looked a wise decision when they were 19-3 up and the Chiefs were reduced to 14 men in the second half.

But Exeter, for the second week running, fought back from adversity and by claiming a 20-19 victory they look to hold all the aces in this semi-final clash.

It's hard to escape the feeling that Sale threw everything they had at Exeter last week, and that has just reinforced the Chiefs’ belief that they can soak it all up. The cost to the Sharks was great as fly-half AJ MacGinty, who has been outstanding this season, and ball-carrying hooker Akker van der Merwe picked up injuries that rule them out this weekend.

Exeter were well on top in the set-piece last week and should play with a lot of confidence, but Sale are a resolute outfit and hard to break down. They are yet to lose by more than 12 points this season and a narrow home win in what could still be difficult conditions looks the best bet.