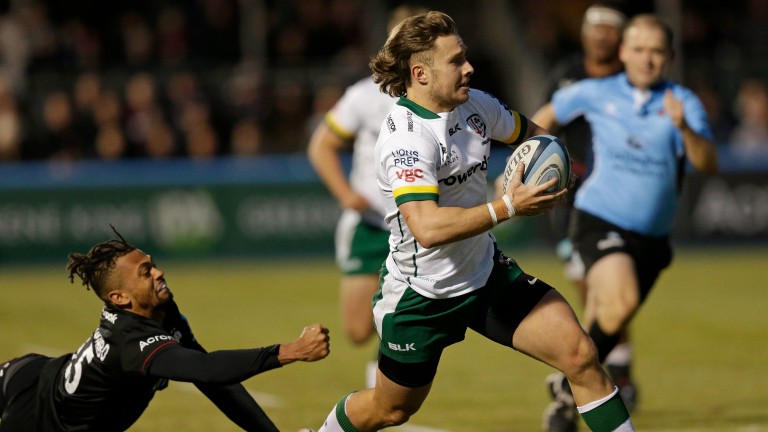 The Premiership's great entertainers clash on Saturday and fans will be hoping Harlequins and London Irish, who have scored 63 tries between them this season, serve up a thriller at the Stoop.

Defending champions Quins are faring well in third but while Irish are in the lower reaches of the table, their performances have been more eye-catching.

They have won just one of their eight matches, but remarkably they have been involved in three draws - and not just rain-soaked 6-6 grinds but scorelines of 31-31, 25-25 and 34-34.

The most recent of those came at Saracens, where both sides scored five tries apiece - the third consecutive league game in which Irish have crossed the try line five times. They've shipped that many in half of their matches too.

Quins like to play on the front foot, but Louis Lynagh and Joe Marchant are both missing from their backline while fly-half Marcus Smith does not feature after a busy month with England. Tommy Allan starts at number ten.

Irish, meanwhile, have a settled side. The Exiles' last three away fixtures have yielded a two-point defeat at Northampton, an unlikely victory at Exeter and that draw at Sarries, and they can at least stay close to Quins at the Stoop.