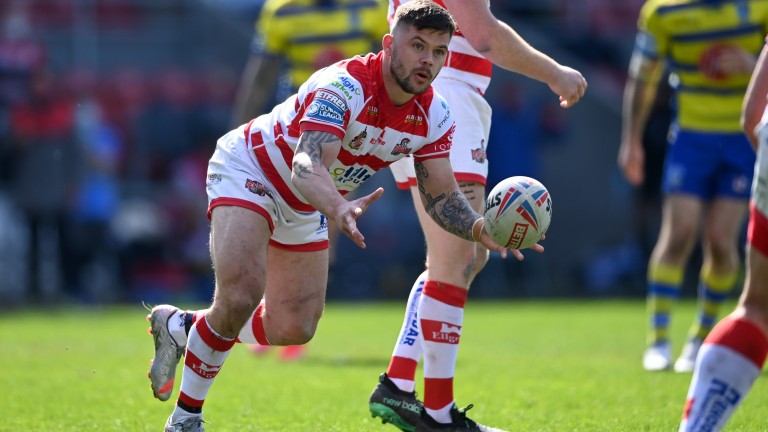 Liam Hood and his Leigh side have held their own against Super League's big teams
Gareth Copley
1 of 1
By Alex Hilton UPDATED 5:03PM, JUN 18 2021

When is the match?

Saturday's Sky TV offering of Catalans Dragons against Leeds Rhinos has fallen foul of Covid protocols so we are left with Leigh Centurions hosting Hull FC at the Leigh Sports Village in a Betfred Super League clash which won't be televised.

And the Centurions can be excused for wishing that it was their fixture which had succumbed to the dreaded virus this week.

It has been a miserable return to the top flight for Leigh, who have lost all ten matches and are conceding points at a rate of just over 35 per game.

Fifth-placed Hull have had much the better of it with five wins from their nine games, while their three defeats came at the hands of the current top three in the standings. A 14-14 draw with Warrington was the outcome in round three.

The Black & Whites have been pretty efficient against those below them in the table and at 1-5 they are expected to see off the Centurions with the minimum of fuss.

However, it may not be as easy as those odds suggest.

The Centurions love a tussle with the big boys on home soil and will relish taking on another of those with lofty ambitions this season.

Leigh have been handicap winners in three of four matches against the top three with Wigan running out two-point winners on the opening night, St Helens winning by just 22-12 in round five and top of the table Catalans being run even closer last week in a 36-30 victory for the French outfit.

And Hull arrive in Lancashire with coach Brett Hodgson admitting his side are down to the bare bones courtesy of a lengthy injury list.

Hodgson has named just 18 men in his squad for this assignment so we should see another competitive performance from the home side who are 4-1 to record their first victory of the season.

Hull are a talented bunch, though, and shouldn't be written off completely so a safer play looks to be backing the Centurions with a 16-point start on the handicap.