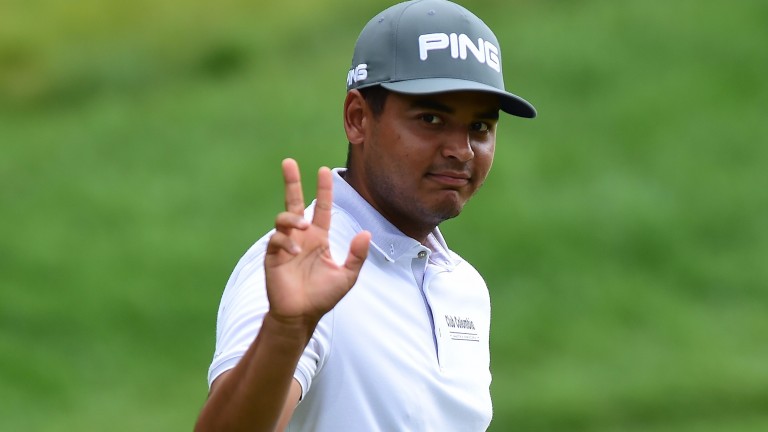 Ante-post 200-1 chance Tyler Duncan leads the RSM Classic by two shots at the halfway stage after he carded a magnificent second-round 61 at the Seaside Course.

Duncan, who has never bettered fifth place on the PGA Tour, had a career low round of 63 until he signed for an eagle, seven birdies and ten pars to go clear in the RSM. He has been slashed to 6-1 favourite with 36 holes to play.

Duncan lost his PGA Tour card last season before regaining it at the Korn Ferry Tour Finals, finishing fourth in the Tour Championship. Nothing he has done this season or in his previous visits to the RSM suggested he would be a runner this week, so the pacesetter, despite going bogey-free for two days, should be vulnerable over the closing two rounds.

The tournament will be played exclusively on the Seaside Course at the weekend, with the players having split between the Seaside and the Plantation Course over Thursday and Friday, and a calm, sunny Saturday is forecast, so scoring should be low.

Outright punters looking to get involved at this stage should be focusing on Seb Munoz, who won the Sanderson Farms Championship in September and always seems to putt well, Brendon Todd, who is chasing three consecutive PGA Tour victories on a course that suits, Brian Harman, a local lad with the game to destroy the Seaside Course, and Webb Simpson, by far the highest-ranked player left in the field.

Munoz (two behind), Todd (four), Harman (five) and Simpson (five) are all still well in the hunt for the title and will expect to get closer to a nervous frontrunner in round three.

Third-round threeballs punters are pointed towards Munoz, who can boss the final group alongside Duncan and Rhein Gibson (4.20pm UK and Ireland time). The Colombian is fifth in the FedEx Cup standings and full of confidence.