Royals look ready to rumble on return to Championship

Reading can bounce back from FA Cup thrashing 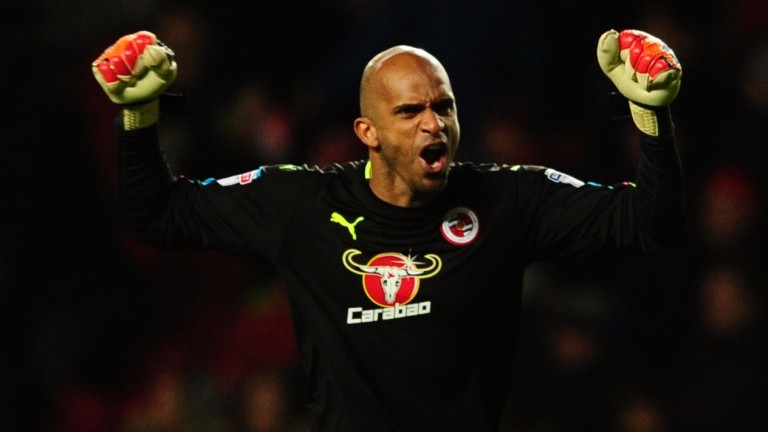 Reading goalkeeper Ali Al-Habsi could have plenty to celebrate against QPR
Harry Trump
1 of 1
By Dan Childs 9:02AM, JAN 12 2017

Reading looked a long way short of Premier League standard during Saturday's 4-0 loss at Manchester United in the FA Cup third round but are in the thick of the Sky Bet Championship promotion race and can cement third spot by defeating QPR at the Madejski Stadium.

The Royals stuck to their passing game at Old Trafford – winning the possession statistics 55-45 per cent – but struggled in attack and defence against a confident United team, who went into the fixture on a seven-match winning sequence.

There is always a danger that such a heavy defeat can have an impact on confidence, but Reading have had four days to recover physically and mentally and face a much easier task against Ian Holloway's strugglers.

QPR have enhanced their survival hopes with victories away to Wolves (2-1) and at home to Ipswich (2-1) although they rode their luck on both occasions.

Playing poorly and winning is a skill in itself but QPR played abysmally and lost 2-1 at home to Blackburn in the FA Cup third round and the remaining months of the season could be a hard watch for their long-suffering fans.

Holloway is doing his best to reshape the squad within a tight budget and has agreed to the departure of star attacking midfielder Tjaronn Chery to Chinese Super League side Guizhou Zhicheng.

Sandro, another of the club's high earners, has moved to Turkish side Antalyaspor and QPR have drafted in Brighton winger Kazenga LuaLua on loan until the end of the season.

Holloway has not been afraid to promote youth – academy graduates Olamide Shodipo and Ebere Eze have both been handed a taste of the first team – but the overall quality of the squad has been reduced and QPR face a tough battle to stay in the second tier.

Holloway's players have showed in recent league matches that they will fight for the shirt but even a fully determined performance may not be enough to stave off the Royals, who will be instructed to play their patient football and wait for the right moment to strike.

Reading did it the hard way in their last league match – coming from 2-0 down to win 3-2 at Bristol City – but are usually fast starters at the Madejski Stadium where they have taken the lead in each of their last five games and won all of them.

Goals have been spread around the team but centre-forward Yann Kermorgant is playing his best football of the season and has notched three times in the last two league fixtures.

QPR may struggle to cope with the big Frenchman and are likely to be heading for an eighth defeat in ten games.

Team news
Reading
Tiago Ilori hopes to make his debut after signing on loan from Liverpool with Paul McShane still sidelined with a wrist injury.

QPR
Sandro is close to agreeing a transfer to Antalyaspor and will not be involved. Ben Gladwin has joined Swindon on loan and Sebastian Polter and Tjaronn Chery have signed for Union Berlin and Guizhou Zhicheng respectively. Kazenga LuaLua could make his debut after arriving on loan from Brighton.