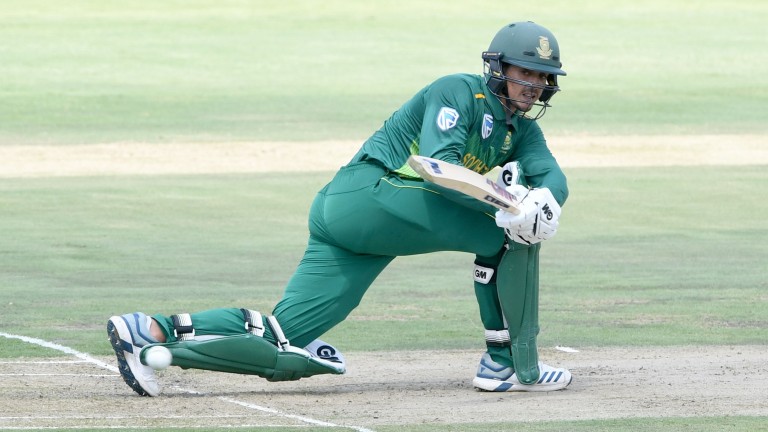 Mumbai's Quinton de Kock has been in scintillating form for South Africa
Getty Images
1 of 1
By James Milton 8:00PM, MAR 27 2019

Royal Challengers Bangalore and Mumbai Indians are among the glitziest franchises in the IPL but neither made the playoffs last season and both sides began this term with disappointing defeats.

Bangalore, who boast two of the greatest limited-overs batsmen in Virat Kohli and AB de Villiers, were bowled out for just 70 by Chennai in the tournament opener while Mumbai flopped as 8-13 favourites at home to Delhi.

Already the pressure is on to get a first win on the board – especially for Mumbai, whose 2018 campaign started with a run of five defeats in six games.

Bookmakers cannot split the teams and it is hard to have great faith in either side given Bangalore’s gutless batting display last time out and the fact that Mumbai are likely to be without Indian strike bowler Jasprit Bumrah, who injured his shoulder in the Delhi defeat.

Yuvraj Singh top-scored for Mumbai with a battling 53 against Delhi but Quinton de Kock looked their most fluent batsman, spanking four fours and a six in his breezy 16-ball 27.

The South Africa opener was in sparkling form during the ODI series against Sri Lanka, making 81, 94, 121, 51 and six in his five innings, and the 4-1 that he top-scores for the visitors looks a tempting price.