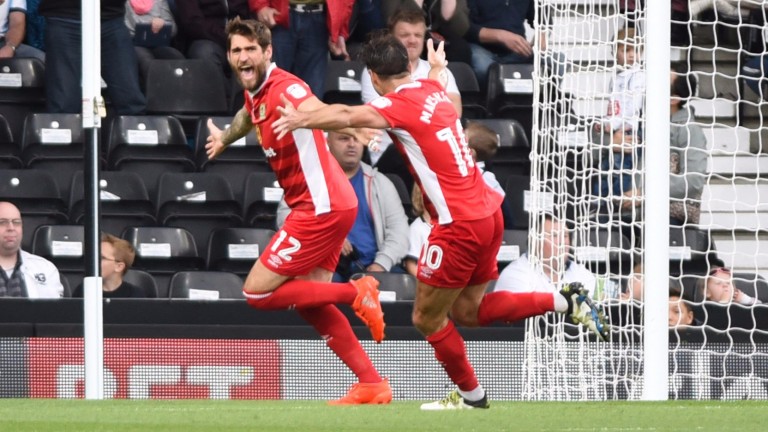 Preston's last outing ended with two of their players seeing red for fighting each other as the Lilywhites went down 2-1 away to Sheffield Wednesday and they will have to pick themselves up for this Lancashire derby meeting with Blackburn.

While Preston manager Simon Grayson would have been disappointed with the behaviour of Jermaine Beckford and Eoin Doyle, he will be more concerned with the result at Hillsborough.

Fernando Forestieri was sent off for Wednesday as the Owls led 1-0 with 25 minutes left but Preston failed to take advantage and even conceded a second before Doyle scored a consolation goal.

Their recent home form does not make happy reading either.
The Lilywhites went down 2-1 against Newcastle in October despite statisically looking the superior side – they had more shots than the Magpies and won the corner count 8-0 – and they also failed subsequently to beat Wolves and Burton at Deepdale in their two November home games.

Preston are creating chances but their failure to convert must be worrying Grayson. The statistics explain why bookmakers quote Preston at no bigger than 23-20 but there might be less between the teams than the odds suggest.

Rovers are towards the wrong end of a congested Sky Bet Championship table but have lost just two of their last eight matches.

Recent victories over Brentford and promotion-hunting Newcastle indicate that Owen Coyle’s men are not without a chance at Deepdale.

Rovers have won two and lost three of their last five away games but they weren’t totally outclassed by Birmingham, Bristol City or Aston Villa, losing by one goal on each occasion. They could be overpriced at 3-1 to gain a derby victory but punters may be better served backing Blackburn draw-no-bet at 13-8.

Bet on the Sky Bet Championship at soccerbase.com

Team news
Preston
Paul Gallagher could return from a calf injury but John Welsh is unlikely to be fit. Stevie May (knee) is also injured while strikers Eoin Doyle and Jermaine Beckford are banned after were sent off for fighting each other against Sheffield Wednesday.

Blackburn
Owen Coyle has no fresh injury concerns following last week’s draw with Huddersfield. Ben Marshall, who served a one-game suspension against the Terriers, is likely to return at right-back.