Rovers could have been underrated on top-flight return

Widnes and Salford set for a season of struggles 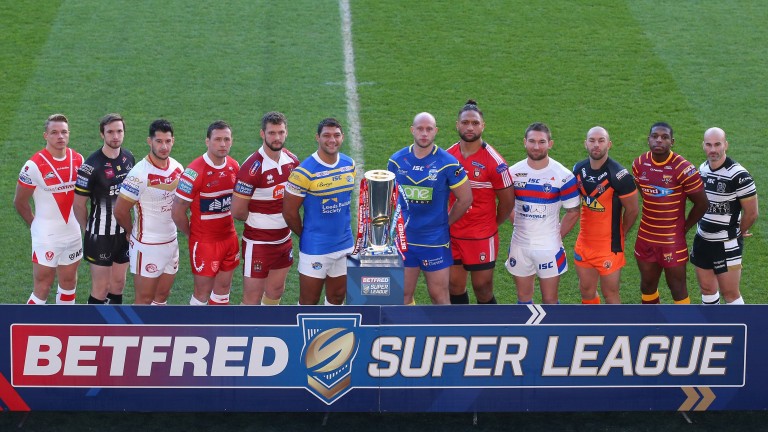 While the Super League elite begin the season dreaming of Grand Final glory, avoiding a bottom-four finish and a scrap for survival is the main aim for the rest of the field.

For years, Wakefield went off favourites for the wooden spoon but Trinity have progressed so much under the shrewd stewardship of Chris Chester that they're now quoted at a shorter price to reach the playoffs than they are to prop up the pile.

They finished just a point outside the top four last season and, while they'll probably fail to make the post-season again, Wakey should secure a top-eight finish.

So should Huddersfield, who got their act together under Rick Stone after a dismal start last year. The Giants’ revival coincided with the arrival of brilliant full-back Jake Mamo, who scored 12 tries in nine games before suffering a season-ending injury.

With the class of Mamo and England winger Jermaine McGillvary in the side, Huddersfield should end up in mid-table.

That will also be the target for Catalans. The Dragons survived by the skin of their teeth by defeating Leigh in the Million Pound Game last September and Steve McNamara’s men are 1-2 to finish in the bottom four.

That seems a fair reflection and much will depend on the performances of hooker Michael McIlorum, who has arrived from Wigan.

The French club should be good enough to avoid finishing last – a feat bookmakers make a three-cornered contest between Hull KR, Salford and Widnes.

Rovers could well be underrated by the layers on their return to the top flight.

Tim Sheens’s team enjoyed wins over Super League sides Leigh and Widnes in last year’s Qualifiers and have brought in Leeds legend Danny McGuire to marshal them on their return.

Rovers have a solid-looking squad including experienced hooker Shaun Lunt and the Robins look worth backing on Betfred’s season handicap in which they receive 16 points from scratch side St Helens and varying amounts from every other team bar Widnes (to whom they concede two points).

The Vikings finished bottom in 2017 and should be backed to do so again at 5-2. Denis Betts’s boys look no stronger than last year and a long season may lie ahead.

It could well be a season of struggle for Salford who are under new ownership following Marwan Koukash’s decision to hand over the reins to a consortium of fans.

Last July, the Red Devils were sitting pretty in second spot and in the Challenge Cup semi-final but they lost that tie to Wigan and capsized to seventh in the league.

They’ve lost several big names since then and, with the vultures circling around other stars, the club could be tempted to cash in on players such as Robert Lui and 7-2 looks a huge price against Ian Watson’s men finishing bottom of the pile.