Rovers could get whacked by the Bantam menace 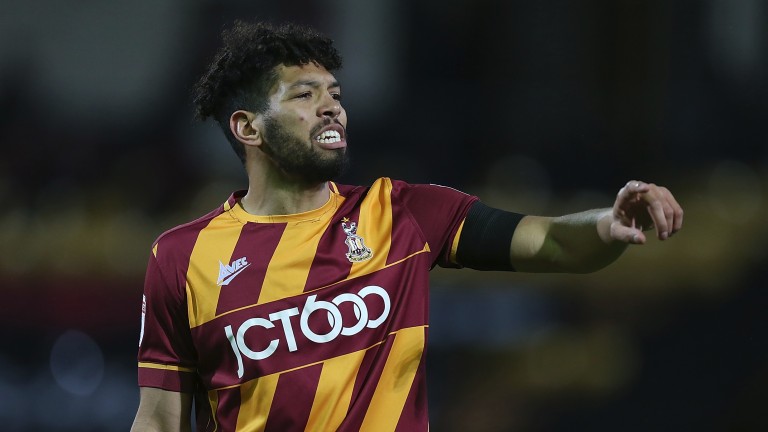 Bristol Rovers v Bradford
Bradford are the Sky Bet League One draw specialists having taken one point from 14 of their 30 matches, but they look likely winners against playoff-chasing Bristol Rovers at the Memorial Stadium.

The last days of the transfer window were a frantic time for the Bantams, who sold star striker James Hanson to promotion rivals Sheffield United.

But Bradford plugged the gap by signing Charlie Wyke from Carlisle and the new man scored in last Saturday's 2-2 draw at home to Gillingham.

Wyke has netted 14 league goals for Carlisle this season and may have a major impact on Bradford's bid to get out of League One.

The Pirates were unable to sign a replacement and looked toothless in a 0-0 draw at Rochdale last weekend.

Defensively Rovers have looked more solid since snapping up Stoke defender Ryan Sweeney on a loan deal last month but they may struggle to repel Bradford, who have found the net in eight of their last nine fixtures.

The Stags have climbed from 17th to eighth in 2017 after significantly strengthening their squad in January and they look strong contenders for a top-seven finish.

Even automatic promotion may not be off limits for Steve Evans's side, whose next six games are against teams outside the top ten.

Loan signings Ben Whiteman and Shaquile Coulthirst were on target as Mansfield cruised to a 2-0 win at Barnet last weekend and the Stags' revamped line-up should be far too strong for Pools, who are getting dragged into the relegation scrap.

Hartlepool have taken just two points from their last nine away games and were defeated 3-1 at basement boys Newport on their last road trip.

They are heading for a nervous end to the season and should struggle to compete with one of the form sides in the division.

Colchester v Barnet
Barnet are out of the Sky Bet League Two playoff places after failing to win any of their last four games but they have not suddenly become a poor team and they can hold their own against Colchester.

Colchester have not won in three and are without loan signing Sean Murray, who received a red card for a challenge on Blackpool defender Jim McAlister in last Saturday's 1-1 draw at Bloomfield Road.

The Essex outfit have won their last four home games but they may struggle to get the better of Barnet, who have avoided defeat in eight of their last nine League Two road trips.

Stevenage v Wycombe
Stevenage still hope to have a say in the battle for the League Two playoff places and can show they mean business by defeating sixth-placed Wycombe at Broadhall Way.

Godden took his seasonal league tally to 13 with a brace in last Saturday's 2-1 win at Crawley and the 25-year-old looks a likely match-winner against the Chairboys, who may be feeling a little leggy and disappointed after their 2-1 loss at Coventry in an EFL Trophy semi-final on Tuesday.

Wycombe manager Gareth Ainsworth likes to operate with a small squad but tiredness could be a factor for the Buckinghamshire side, who have already played ten games in 2017.